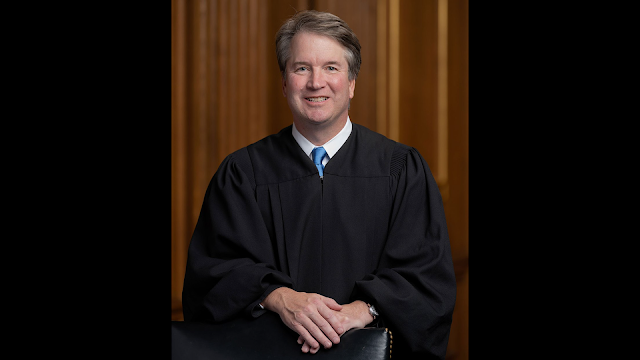 LifeNews.com reports that an abortion activist with a weapon was arrested near the home of U.S. Supreme Court Justice Brett Kavanaugh on June 8th, 2022 morning after allegedly threatening to murder the conservative justice.

The Washington Post reports the California man had at least one weapon and burglary tools when police arrested him near Kavanaugh’s Maryland home.

They reported that the suspect told police that he wanted to murder the justice because he was angry about a leaked draft ruling showing a majority of the Supreme Court, including Kavanaugh, overturning Roe v. Wade.

A few weeks ago, the pro-abortion group Ruth Sent Us published the addresses of the conservative justices’ homes online publicly – this resulted in an increase of security for the high court members and their staff.

“The man was armed and made threats against Justice Kavanaugh,” she told the Daily Wire. “He was transported to Montgomery County Police 2nd District.”

This is what was reported by the AP:

The California man, in his 20s, was armed with a gun and a knife, according to a law enforcement official. The man, whose identity has not been released, arrived in a taxi early in the morning and told law enforcement officers he wanted to kill Kavanaugh, the official said.

The official was not authorized to publicly discuss details of the ongoing investigation and spoke to The Associated Press on condition of anonymity.

The Washington Post initially reported the arrest, quoting sources who said the man also was carrying burglary tools. He told police he was upset by a leaked draft opinion suggesting the court is about to overrule Roe v. Wade, the court’s landmark abortion case, the Post reported. He was also said to be upset over recent mass shootings, according to the newspaper.

Threats and violence against the court and pro-life advocates have increased since the leak in early May, and authorities expect more violence in the days ahead.

A report from the Department of Homeland Security in mid-May warned that radical abortion activists plan to burn down or storm the Supreme Court building and murder justices and their law clerks if the court overturns Roe. The report indicates these pro-abortion extremists also plan to target churches and other places of worship with violence and vandalism.

Some pro-life organizations have been attacked in the past few weeks, many acts of vandalism, assaults and threats against pro-lifers and churches.

Some pro-abortion groups have been calling for churches, especially Catholic Churches, to be the target of abortion activists’ outrage.

The final ruling on the Mississippi abortion case Dobbs v. Jackson Women’s Health is expected to be released later in June.

Justice Kavanaugh is a practicing Catholic and has 2 children.

#NEW: A California man carrying at least one weapon was arrested near Brett Kavanaugh's Maryland home, telling officers after he was arrested that he wanted to kill the Supreme Court justice.https://t.co/bAnW0UGsAb