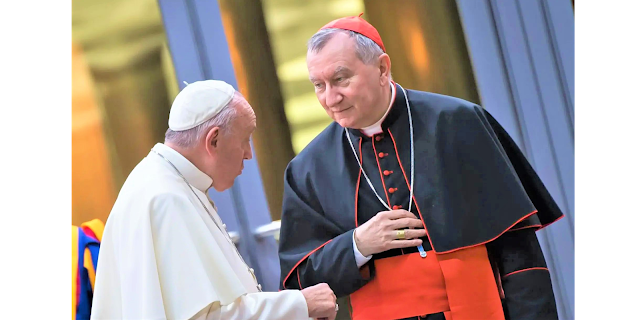 Pope Francis will send Cardinal Secretary of State to South Sudan and the Democratic Republic of Congo ( Kinshasa and Juba), after having to postpone his Apostolic Journey.
The Holy See Press Office announced on June 27th  that Pope Francis "has decided to send the Secretary of State, Cardinal Pietro Parolin, to Kinshasa and Juba in order to show his closeness to the beloved peoples of the Congo and South Sudan."
This is because the Pope had to postpone his Apostolic Journey to those African nations because of his intense knee pain and at the insistence of his doctors.
The Vatican Secretary of State will carry out the visit in the Pope's stead from 1 to 8 July. Cardinal Parolin's visit will take place during the period when Pope Francis' 37th Apostolic Journey abroad was originally scheduled. On 3 July, the Pope will however celebrate Mass with the Congolese community in Rome, on the same day in which he would have presided over Mass in Kinshasa. He made the announcement on 13 June while receiving participants in the General Chapter of the Missionaries of Africa in the Clementine Hall at the Vatican.
Source: Vatican News and https://press.vatican.va/content/salastampa/it/bollettino/pubblico/2022/06/27/0497/01022.html