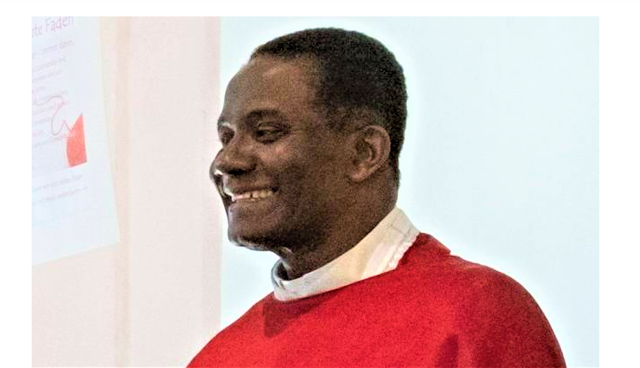 On Friday July 22, 2022 a storm in the Tyrol region of Austria caused mudslides. Fr. Augustin Kouanvih, a 60-year-old Catholic priest, originally from Togo, was buried in his car on Friday evening. On July 24th his body was found.
The diocese of Innsbruck was concerned over the disappearance of Father Augustin, without a trace, in the valley during the storm. Innsbruck’s Bishop Hermann Glettler called for prayer for the priest.
“Where’s Rev. Augustin?” Glettler wrote on Instagram on Sunday.
“I share the grief with the people in the Stubai Valley and in all of Tyrol. Sincere condolences, God’s comfort, … The pastor probably died in a devastating mudslide during the night from Friday to Saturday. There is no certainty. Thanks for the prayer!” continued the head of the church of the diocese of Innsbruck.
The priest's Bible and personal belongings were discovered: a Bible, business cards and documents. These personal belongings of the pastor were discovered on Saturday by water rescue services on the banks of the Ruetz. Parts of his car were also recovered from the torrential water – torn into several pieces and barely recognizable as a car. After several days of searching his lifeless body was found.
There is much sympathy and sorrow throughout the valley There is still no trace of Pastor Augustin. The search for the missing person has been suspended for the time being. It is continued when the waters of the Ruetz River have calmed down.
At Sunday masses in the five parishes of the pastoral room, prayers were prayed for the pastor. “The shock is deep. Throughout the valley, the pastor’s fate is the most important topic. The sympathy is great,” Fulpmes Mayor Johann Deutschmann explained.  Clearance work is in full swing The clean-up work after the storm continues at full speed.  Source: Krone and Kath.net - Image: https://www.dibk.at/Meldungen/Gebet-in-einer-Zeit-der-Ungewissheit - Death announcement: https://www.africatopsuccess.com/autriche-deces-tragique-daugustin-kouanvih-un-pretre-togolais/