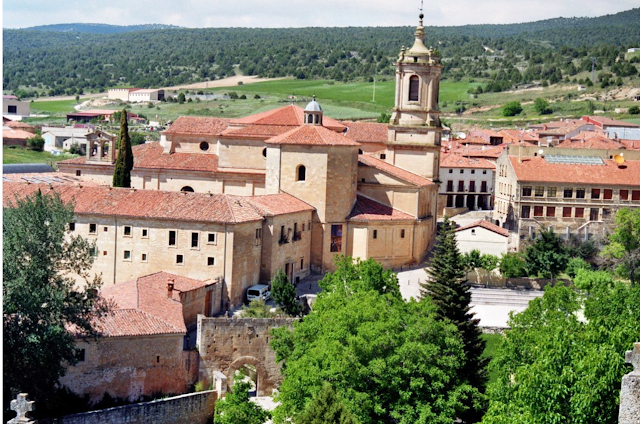 Forest fires that are devastating Spain are stabilized, although active.

The famous Romanesque Benedictine monastery of Santo Domingo de Silos (11th and 12th centuries), in the province of Brugos (north ), is safe from the flames.

However, the monks and those (500) living in proximity had to flee.

The monks of Silos became famous for singing Gregorian chant; their 1994 album Chant, peaked at #3 on the Billboard 200 music chart, and became the best-selling album of Gregorian chant ever released.

The fire that started on Sunday in the town of Quintanilla del Coco (Burgos) is not controlled, but both the monastery, the cradle of Gregorian chant in Spain, and the giant sequoia located behind the monastery and the convent of San Francisco, "are intact", according to the regional government of Castilla y León.

The fire has affected some 3,000 hectares of wooded masscereal and urban areas, and forced the evacuation of five hundred people from six municipalities, including Santo Domingo de Silos, including the monks of the monastery.
Some of the monks spent the night in the guest house of the convent that the Benedictine Mothers have in Aranda de Duero. The spread of the fire has been favored by a wave of intense heat and strong, shifting winds. https://www.americanpost.news/they-control-the-fires-in-spain-and-the-monastery-of-silos-is-safe/ - Wikipedia