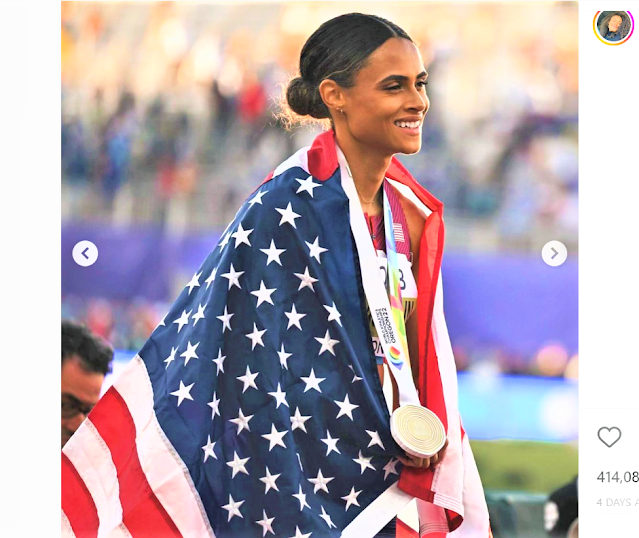 Sydney McLaughlin won Gold again and also broke her own world record in the 400-meter hurdles at the World Athletics Championships on July 23, 2022, in Oregon, USA.
She thanked and praised God in her Instagram announcement that has  gone viral with nearly half a Million likes.
Sydney, age 22, achieved a 50.68-second finish and this is the fourth time in 2022 she broke the world record in the event.
In her social media post, McLaughlin cited Hebrews 4:16,  “So let us come BOLDLY to the throne of our gracious God. There we will receive His mercy, and we will find grace to help us when we need it most.”
"Praise His Name. What a beautiful day yesterday was. Preparing for this meet, the core of my team was centered around faith and belief. The amount of prayer coupled with hard work was divinely culminated in 50.68 seconds. By the grace of God, we accomplished our goal.
In her Instagram caption, McLaughlin added that prayer and hard work “divinely culminated in 50.68 seconds.”
For an NBC Sports interview after the win, McLaughlin said, “I’ll have to start off by saying all the glory to God.” Then explaining that God gave her the strength to achieve it.
McLaughlin attended Union Catholic Regional High School in Scotch Plains, New Jersey.