Wow the Make-A-Wish Trip to See Pope Benedict XVI at the Vatican that was Followed by a Healing from Cancer and Ordination to the Priesthood!

Fr. Peter Srsich, a Catholic priest, from Colorado, had stage-four cancer during his teens. The Make-A-Wish foundation financed a trip to Rome, for him, in July 2011. Peter was diagnosed with non-Hodgkins lymphoid, after doctors found softball-sized mass on his lung.
According to Peter, it all started with mild a cough and fatigue in 2011, when he returned from a Canoeing Trip, reported ABC News. Peter's family thought it was Pneumonia but, the result of his tests a mass in his left Lung that was pressing on his heart. Peter fought this cancer, undergoing 7-rounds of Chemotherapy, while he was being treated with powerful drugs and he became completely bald.
Peter, was young, strong and very athletic, thus giving him a good chance of survival but the diagnosis and treatment. 17-year-old Peter Srsich's friend used his favourite Bible passage, Romans 8:28 to make a 1200 pieces of rubber wristbands with the saying 'praying for Peter' and the biblical verse, "all things work together for good for those who love God and are fitting into his plans." 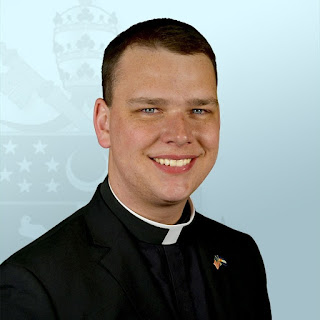 At the third month of his chemotherapy, Peter was approached by The 'Make A Wish Foundation.' This organization grants the wishes of children with long-term life-threatening illnesses. Peter wished to see the Pope. 'I would have been perfectly fine if I just got a tour of the Vatican,' he later said. The Italian version of the Make A Wish Foundation organized a $14,000 all-expense paid trip to the Vatican City. LuAnn Griffin, Peter's gift coordinator expressed that he wasn't doubtful as to Peter's wish playing an important role in his life, career-wise. In May 2012, Peter, his parents and 15-year-old brother, Johnny, went to St Peter’s Square in the Vatican to hear Pope Benedict XVI.
Peter was invited to line up before the Pope. He noticed everyone on the line had an expensive gift to give the Pope but he came with nothing. So he offered his Wristband to the Pope, as suggested by his father, telling him he had cancer. The Pope interrupted, "oh, you speak English," and placed his hands on his chest where the tumor was located, the Pope blessed him. Usually blessings are given by placing hands on the forehead but Peter remembered that in his case, Pope Emeritus Benedict XVI placed his hands on his chest.
Pope Benedict XVI,  unexpectedly placed his hand on the exact spot where his tumor was to offer him a blessing. It was from that instant that Peter began improving. Peter Srsich studied in the Regis University, run by Jesuit Priests and in May 15, 2021, Peter was ordained a Catholic Priest. ‘Chemo helped me fight the cancer. Make-A-Wish helped me fight the chemo,’ he told ABC. ‘Knowing the pope was in my future helped me get through that, and in a small, non-miraculous way, helped cure my cancer. Peter was later ordained in 2021 after his seminary studies.
Images: https://www.facebook.com/photo.php?fbid=4456161444687&set=pb.1309114863.-2207520000..&type=3
https://www.facebook.com/peter.srsich
and Denver Catholic