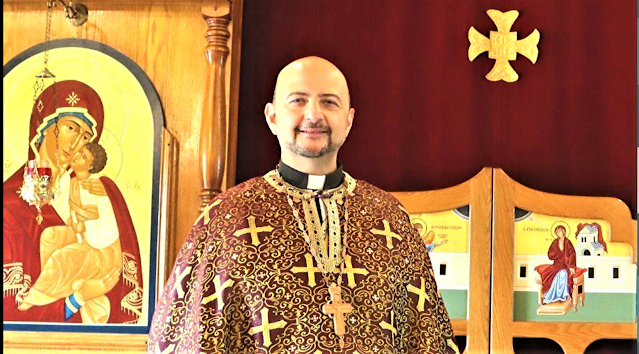 WASHINGTON - Pope Francis has accepted the resignation of Bishop Nicholas James Samra, 78, from the pastoral governance of the Melkite Eparchy of Newton (Massachusetts), and has appointed Reverend François E. Beyrouti, a priest of the Melkite Eparchy of Newton his successor. Father Beyrouti currently serves as pastor of Holy Cross Melkite Catholic Church in Placentia, California.

The resignation and appointment were publicized in Washington, D.C. on August 20, 2022, by Monsignor Séamus P. Horgan, chargé d’affaires, ad interim at the apostolic nunciature in Washington in the temporary absence of Archbishop Christophe Pierre, apostolic nuncio to the United States.

Father Beyrouti was born July 3, 1971, in Hadeth-Beirut, Lebanon. His family immigrated to Canada in 1976 and Father Beyrouti was raised in North Vancouver, British Columbia. He studied at the Seminary of Christ the King in Mission, British Columbia (1989-1993) and received a Bachelor’s degree with concentrations in history, English and philosophy; and a baccalaureate in theology at Sheptytsky Institute of Eastern Christian Studies, Ontario (1996). He also received a Master’s degree in theology (1997), a licentiate in theology (1998), and a doctorate in theology (2012) from Saint Paul University. He was ordained to the priesthood on October 4, 1998.

After ordination, Bishop-elect Beyrouti served as associate pastor at Saints Peter and Paul Melkite Catholic Church in Ottawa, Ontario, Canada (1998-2010). From 1998-2010, he was a member of the College of Consultors for the Eparchy of Saint Sauveur (Montreal) for the Melkite Catholics in Canada, and from 2004-2010, he was vocations director for the Eparchy of Saint Sauveur. He has been pastor at Holy Cross Melkite Catholic Church in Placentia, California since 2012. He has also served as a member of the Eparchy of Newton’s presbyteral council, and as president of the Eastern Catholic Pastoral Association. Bishop-elect Beyrouti speaks English, French, German, and Arabic.

The Melkite Eparchy of Newton ministers to 21,691 Melkite Greek Catholics in the United States.