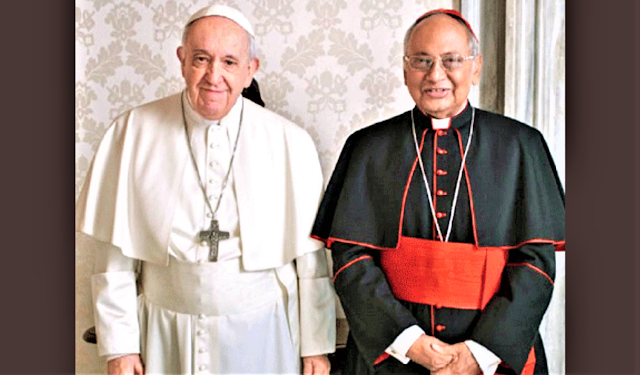 Cardinal Malcolm Ranjith, the Archbishop of Colombo, recently expressed his gratitude to Pope Francis for -his donation of 100K Euros to the 400 families victimized by the 2019 Easter Church bombing. This gift was made 'out of his own volition' -  100,000 Euros now supports some 400 families who were affected by the 2019 deadly Easter church bombings which saw 269 people killed. Vatican News reported that  Cardinal Malcolm Ranjith of Sri Lanka was grateful the Pope took the initiative to send 100,000 Euro to help families of victims and survivors. Sri Lanka, in South Asia, has ongoing economic, political and financial crises which have been exacerbated due to the pandemic. The Archbishop of Colombo, served in the Vatican for many years, reflected on the Holy Father's generosity which is destined to reach some 400 families at the targeted Catholic and Evangelical Churches where suicide bombers claimed 269 lives.