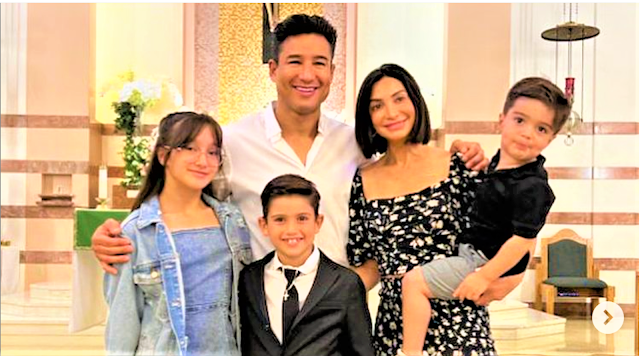 Actor Mario Lopez, best known for "Saved by the Bell, "was born on October 10, 1973 in California, and was raised in a large Catholic family. His parents are both emigrants from Mexico.  Lopez and his wife, Courtney, celebrated their son Dominic’s First Communion and Announced their joy on Instagram. ​Mario and Courtney married in 2012, and have 3 children, a daughter, Gia (born in 2010) and two sons Dominic and Santio (born in 2013 and 2019). ​ 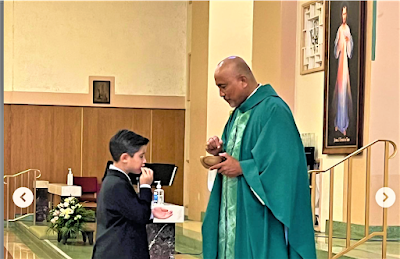 Lopez has stated that he is Catholic and goes to church every week.
In March 2018, he was baptized by immersion at the Jordan River, which was administered by a Catholic priest. God bless Dominic and Congratulations! (Images Screenshot from Mario Lopez's Instagram) 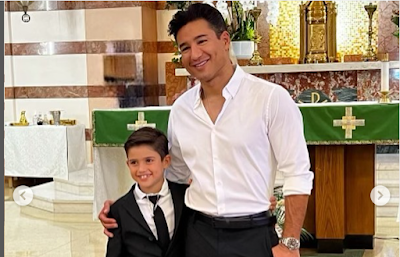 He wrote: Our Dominic had his 1st Holy Communion & we couldn’t be more proud… #Catholic #1stCommunion #FamiliaLopez #LopezBoys