#BreakingNews Pope Francis' Rep in Ukraine Comes Under Gun Fire while Delivering Aid - Cardinal Konrad says he Prayed "Jesus, I trust in you." 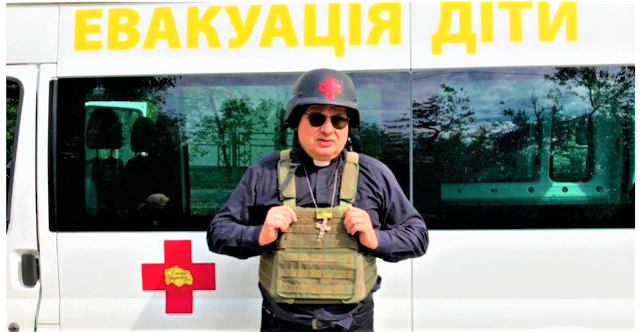 Pope Francis' almoner, Cardinal Konrad Krajewski was under fire near Ukraine's frontlines. Cardinal Krajewski, Prefect of the Dicastery for the Service of Charity, got shot at as he delivered humanitarian aid in Pope’s name near the Ukrainian city of Zaporizhzhia. Cardinal Konrad Krajewski is currently in Ukraine for the fourth time since Russia’s invasion on the 24th of February, 2022.
The Cardinal is in Ukraine to deliver humanitarian aid, rosaries, and spiritual closeness in the name of Pope Francis. The Polish-born Cardinal  spoke to Vatican News by telephone on September 17th. He explained,  “Today is a special day,” he says, “because it has been nine years since the Holy Father chose me as the Papal Almoner and on this day I was ordained a Bishop.” (in 2013) Cardinal Krajewski was near the Ukrainian city of Zaporizhzhia, along with a Catholic Bishop, a Protestant Bishop, and a Ukrainian soldier. Together they loaded up the minibus with provisions and drove to the frontlines of the war, an area he says “no one besides soldiers enter anymore” due to the heavy firing. He brought foodstuffs, and other aid supplies. As he finished unloaded supplies for some local people, Cardinal Krajewski and his charitable entourage came under light arms fire. Together with his companions, the Cardinal sought cover. “For the first time in my life,”  “I didn’t know where to run… because it’s not enough to run. You have to know where to go.” Cardinal Krajewski and those with him escaped the incident unharmed, and continued to deliver the aid. He  handed out all the Rosaries he had that were blessed by the Pope, and the people put them around their necks.  After this most recent incident, Cardinal Krajewski reiterated his belief that “we can only pray and repeat: ‘Jesus, I trust in you.’”
Source: Vatican News - Screenshot