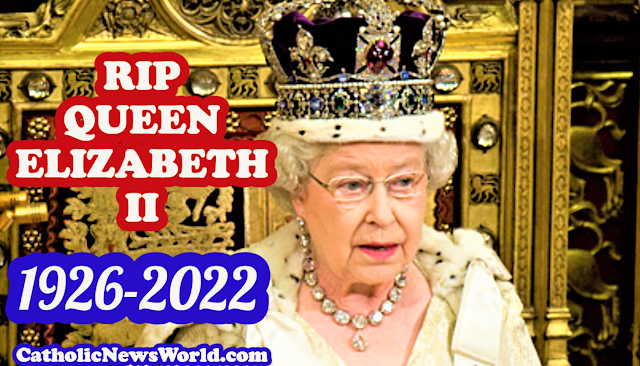 She was Queen of the United Kingdom from 1952 (age 26) until her death in 2022. Her reign of 70 years and 214 days was the longest of any British monarch. Elizabeth was born in Mayfair, London, as the first child of the Duke and Duchess of York (later King George VI and Queen Elizabeth). Her father became king in 1936 upon the abdication of his brother, King Edward VIII. She assumed public duties during the Second World War, serving in the Auxiliary Territorial Service. In November 1947, she married Philip Mountbatten, a former prince of Greece and Denmark, and their marriage lasted 73 years until his death in April 2021. They had four children together: Charles III; Anne, Princess Royal; Prince Andrew, Duke of York; and Prince Edward, Earl of Wessex. (Info from BBC/Wiki)
FULL TEXT STATEMENT from the Royal Family by King Charles III:
"The death of my beloved Mother, Her Majesty The Queen, is a moment of the greatest sadness for me and all members of my family. We mourn profoundly the passing of a cherished Sovereign and a much-loved Mother. I know her loss will be deeply felt throughout the country, the Realms and the Commonwealth, and by countless people around the world. During this period of mourning and change, my family and I will be comforted and sustained by our knowledge of the respect and deep affection in which The Queen was so widely held."
*****
A darkened page has been put in place on the official royal website, featuring a black background and a white royal crest alongside an image of the Queen on her coronation day in 1953. The Queen is survived by her four children, eight grandchildren and 12 great-grandchildren.
FULL TEXT: Pope Francis sent the Following Telegram:
To His Majesty the King
Charles III Buckingham Palace
London Deeply saddened to learn of the death of Her Majesty Queen Elizabeth II, I offer heartfelt condolences to Your Majesty, the Members of the Royal Family, the People of the United Kingdom and the Commonwealth.
I willingly join all who mourn her loss in praying for the late Queen’s eternal rest, and in paying tribute to her life of unstinting service to the good of the Nation and the Commonwealth, her example of devotion to duty, her steadfast witness of faith in Jesus Christ and her firm hope in his promises. Commending her noble soul to the merciful goodness of our Heavenly Father, I assure Your Majesty of my prayers that Almighty God will sustain you with his unfailing grace as you now take up your high responsibilities as King. Upon you and all who cherish the memory of your late mother, I invoke an abundance of divine blessings as a pledge of comfort and strength in the Lord.
From the Vatican, 8 September 2022
FRANCISCUS
Source: https://press.vatican.va/content/salastampa/it/bollettino/pubblico/2022/09/08/0662/01341.html
FULL TEXT - STATEMENT from the Bishops' Conference of England and Wales:
Buckingham Palace has announced that Her Majesty Queen Elizabeth II has died.
Cardinal Vincent Nichols, Archbishop of Westminster and President of the Catholic Bishops’ Conference of England and Wales, paid tribute to The Queen:“On 21 April 1947, on her twenty-first birthday, Princess Elizabeth said, ‘I declare before you all that my whole life whether it be long or short shall be devoted to your service.’“Now, seventy-five years later, we are heartbroken in our loss at her death, and so full of admiration for the unfailing way in which she fulfilled that declaration.“Even in my sorrow, shared with so many around the world, I am filled with an immense sense of gratitude for the gift to the world that has been the life of Queen Elizabeth II.
“At this time, we pray for the repose of the soul of Her Majesty. We do so with confidence, because the Christian faith marked every day of her life and activity.
“In her Millennium Christmas message, she said, ‘To many of us, our beliefs are of fundamental importance. For me the teachings of Christ and my own personal accountability before God provide a framework in which I try to lead my life. I, like so many of you, have drawn great comfort in difficult times from Christ’s words and example.’
“This faith, so often and so eloquently proclaimed in her public messages, has been an inspiration to me, and I am sure to many. The wisdom, stability and service which she consistently embodied, often in circumstances of extreme difficulty, are a shining legacy and testament to her faith.“Our prayer is that she is now received into the merciful presence of God, there to be reunited with her beloved Prince Philip. This is the promise of our faith, and our deep consolation.“Queen Elizabeth II will remain, always, a shining light in our history. May she now rest in peace. We pray for His Majesty the King, as he assumes his new office even as he mourns his mother. God save the King.”
Announcement
Just after 6:30pm on Thursday, 8 September 2022, Buckingham Palace made the official announcement:
The Queen died peacefully at Balmoral this afternoon.The King and The Queen Consort will remain at Balmoral this evening and will return to London tomorrow.
Source: https://www.cbcew.org.uk/queen-elizabeth-ii/