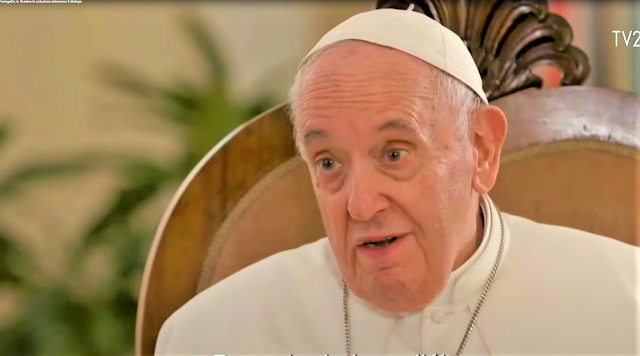 Pope Francis, on August 11th, granted an interview with CNN Portugal. It was broadcast on September 4th.

Vatican News published excerpts from the interview where Pope Francis  repeated the Church’s commitment to “zero tolerance” when it comes to priests who abuse others.

“I want to be very clear about this: Abuse by churchmen and churchwomen — abuse of authority, abuse of power and sexual abuse – is a monstrosity, because the churchman or churchwoman, whether priest, religious man or woman, or layman or laywoman, is called to serve and to create unity, to make grow, and abuse always destroys,” the Pope said.

“Abuse is a tragic reality of all times, but also of our time,” Pope Francis continued, noting that most abuse occurs in the family or in the neighbourhood and is found in sports, clubs, and schools. However, although only a small percentage occurs in the Church, the Pope said that even one case of abuse in the Church is a “monstrosity.”

The Pope explained that it is necessary to recognize the reality of abuse in modern society; to ensure that abuse is other sectors, such as the family is not covered up; and for the Church to address abuse in the areas it is responsible. The Holy Father repeated the Church’s commitment to zero tolerance of abuse, saying “a priest cannot continue to be a priest if he is an abuser. He can’t.”

Ahead of World Day 2023, set to take place in Lisbon, Portugal, Pope Francis acknowledged that Pope St John Paul II with the inspiration to bring young people together from all over the world, to strengthen them and support them. He said the creativity of young people is “a sign they are anchored in the present, looking to the future… it helps them to find themselves and feel strong enough to make their way towards the future.”

He said that “the Pope is going” to World Youth Day 2023: “Either Francis is going or John XXIV is going,” he said, alluding to the possibility that there might be another Pope by the time of the event. “But the Pope is going.”

Pope Francis spoke, too, about the need to speak to young people in their own language, which comes from their own youth culture. “So you have to listen to them in their way of interpreting things and respond to them in a way that they can understand… and according to the experiences they are living today.”

How does the Pope pray?

The interviewer asked the Pope about his prayer life, and he said he prays the Liturgy of the Hours every day, and also prays the Rosary and meditates on the Bible. “In other words,” he said, he prays in different ways. “I place myself before God and sometimes I get distracted, but He doesn’t get distracted, and that consoles me,” he said, adding “everybody has to pray as the Holy Spirit inspires them.”

The Pope then spoke about how one can know that the Holy Spirit is speaking to us. The Holy Spirit speaks all languages, he said, but knows how to bring harmony out of differences.

Pope Francis said the Synod on Synodality has its roots in Pope St Paul VI’s recognition that the Latin Church “had lost the synodal dimension.” They current synod, Pope Francis explained, is intended “to finish the catechesis on synodality.”

The Synod, Pope Francis insisted, is not a parliament, where everyone says what they want. Instead, in a synod, all seek the harmony that is produced by the Holy Spirit. So, he said, “in the Synod there is diversity in what each one says, but it is the Spirit who creates harmony.”

The importance of dialogue

The Pope also insisted on the importance of dialogue, especially in regard to a question about what he would say to the presidents of Russia and Ukraine. The Pope noted that both presidents had visited him in Rome before the current war. “I believe that dialogue always leads to progress,” but noted that dialogue is often difficult.

The Pope said he was unsure if he would be able to visit Kyiv or Moscow, revealing that he was having health issues with his knee once again. Nonetheless, he said he is doing what he can and asking everybody to do what they can. “Together we can do something,” he said, adding that he is accompanying the situation with his pain and with his prayers.”

Ahead of World Youth Day: Open the window!

The interview with Pope Francis also covered a number of other topics, including the importance of good liturgy, the role of women in the Church.

Finally, asked about what message he has for the Church of Portugal ahead of World Youth Day, Pope Francis said, “look at the window. Look at the window. And ask yourself: 'Does my life have an open window?' If it doesn't, open it as soon as possible. Don't be with your nose to the wall, of a problem, of whatever it is. Know that we are walking towards the future, that there is a path. Look at the path…Open the window! Look beyond your nose, beyond! Look, open up, keep the horizon, and widen your heart.”