Pope Francis says "Another testimony that Saint Thomas has left us was his deep relationship with God, which is manifested, for example, in the adoration of Jesus in his real presence in the Eucharist." 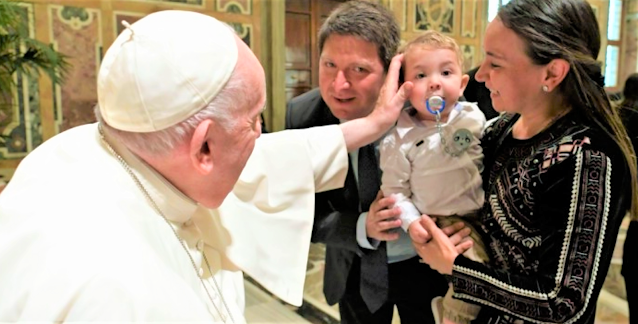