Saint September 16 : St. Cornelius a Pope who Resisted an Anti-Pope and Patron of Fever, Pets and Earache with Prayer 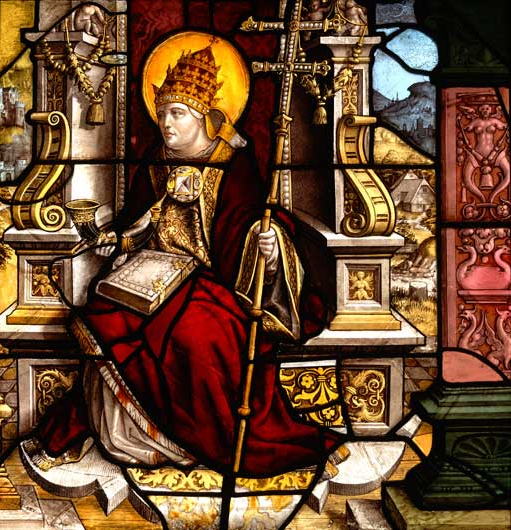 A Pope and Martyr (251 to 253). The statement of the Liberian catalogue says that he reigned two years, three months, and ten days. His predecessor, Fabian, was put to death by Decius, 20 January, 250. About the beginning of March, 251 the persecution slackened, owing to the absence of the emperor, against whom two rivals had arisen. It was possible to assemble sixteen bishops at Rome, and Cornelius was elected though against his will (Cyprian, Ep. lv, 24), "by the judgment of God and of Christ, by the testimony of almost all the clergy, by the vote of the people then present, by the consent of aged priests and of good men, at a time when no one had been made before him, when the place of Fabian, that is the place of Peter, and the step of the sacerdotal chair were vacant". "What fortitude in his acceptance of the episcopate, what strength of mind, what firmness of faith, that he took his seat intrepid in the sacerdotal chair, at a time when the tyrant in his hatred of bishops was making unspeakable threats, when he heard with far more patience that a rival prince was arising against him, than that a bishop of God was appointed at Rome" (ibid., 9). Is he not, asks St. Cyprian, to be numbered among the glorious confessors and martyrs who sat so long awaiting the sword or the cross or the stake and every other torture?
Prayer in honor of St. Cornelius: God our Father, in Saints Cornelius and Cyprian you have given your people an inspiring example of dedication to the pastoral ministry and constant witness to Christ in their suffering. May their prayers and faith give us courage to work for the unity of your Church. Grant this through our Lord Jesus Christ, your Son, who lives and reigns with you and the Holy Spirit, one God, for ever and ever. Amen.
A few weeks later the Roman priest Novatian made himself antipope, and the whole Christian world was convulsed by the schism at Rome. But the adhesion of St. Cyprian secured to Cornelius the hundred bishops of Africa, and the influence of St. Dionysius the Great, Bishop of Alexandria, brought the East within a few months to a right decision. In Italy itself the pope got together a synod of sixty bishops.
Fabius, Bishop of Antioch, seems to have wavered. Three letters to him from Cornelius were known to Eusebius, who gives extracts from one of them (Church History VI.43), in which the pope details the faults in Novatian's election and conduct with considerable bitterness. We incidentally learn that in the Roman Church there were forty-six priests, seven deacons, seven subdeacons, forty-two acolytes, fifty-two ostiarii, and over one thousand five hundred widows and persons in distress. From this Burnet estimated the number of Christians in Rome at fifty thousand, so also Gibbon; but Benson and Harnack think this figure possibly too large. Pope Fabian had made seven regions; it appears that each had one deacon, one subdeacon and six acolytes. Of the letters of Cornelius to Cyprian two have come down to us, together with nine from Cyprian to the pope. Mgr. Merrati has shown that in the true text the letters of Cornelius are in the colloquial "vulgar-Latin" of the day, and not in the more classical style affected by the ex-orator Cyprian and the learned philosopher Novatian. Cornelius sanctioned the milder measures proposed by St. Cyprian and accepted by his Carthaginian council of 251 for the restoration to communion, after varying forms of penance, of those who had fallen during the Decian persecution (see CYPRIAN).
At the beginning of 252 a new persecution suddenly broke out. Cornelius was exiled to Centumcellæ (Civita Vecchia). There were no defections among the Roman Christians; all were confessors. The pope "led his brethren in confession", writes Cyprian (Ep. lx, ad Corn.), with a manifest reference to the confession of St. Peter. "With one heart and one voice the whole Roman Church confessed. Then was seen, dearest Brother, that faith which the blessed Apostle praised in you (Romans 1:8); even then he foresaw in spirit your glorious fortitude and firm strength." In June Cornelius died a martyr, as St. Cyprian repeatedly calls him. The Liberian catalogue has ibi cum gloriâ dormicionem accepit, and this may mean that he died of the rigours of his banishment, though later accounts say that he was beheaded. St. Jerome says that Cornelius and Cyprian suffered on the same day in different years, and his careless statement has been generally followed. The feast of St. Cyprian was in fact kept at Rome at the tomb of Cornelius, for the fourth century "Depositio Martirum" has "XVIII kl octob Cypriani Africæ Romæ celebratur in Callisti". St. Cornelius was not buried in the chapel of the popes, but in an adjoining catacomb, perhaps that of a branch of the noble Cornelii. His inscription is in Latin: CORNELIUS* MARTYR* whereas those of Fabian and Lucius are in Greek (Northcote and Brownlow, "Roma sotteranea", I, vi). His feast is kept with that of St. Cyprian on 14 September, possibly the day of his translation from Centumcellæ to the catacombs.Text shared from the Catholic Encyclopedia - Image Source: Google Images