Archbishop of Miami Issues Statement on the Life Sentence of Nikolas Cruz "The fifth commandment forbids direct and intentional killing as gravely sinful." 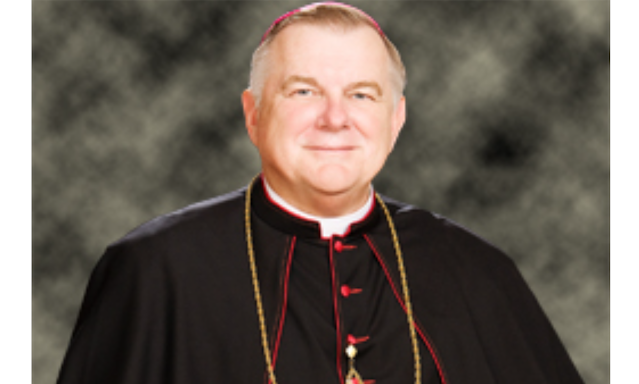 Nikolas Cruz who killed 17 people at Marjorie Stoneman Douglas High School in Parkland, Florida, in February 2018 has been given a life prison sentence. The Archbishop of Miami, Florida, issued a statement in support of this sentence.
Statement from Archbishop Thomas Wenski on Nikolas Cruz
A sentence of life in prison without possibility of parole is a severe and just punishment that also will allow Nikolas Cruz to continue to reflect on the grave harm he caused. While not excusing his actions, it is clear that multiple and systemic breakdowns within family services, police, and the public school system failed him and the rest of us as well. Seemingly nobody recognized the inadequacies in Mr. Cruz’s life or the state of his mental health. His numerous threats of violence that preceded the mass murder were addressed inadequately, if at all.
Willful murder is a heinous crime; it cries to God for justice. Yet, while God certainly punished Cain, history’s first murderer, God did not require Cain’s life for having spilt Abel’s blood. (cf. Gn 4:15). Human dignity — that of the convicted as well as our own — is best served by not resorting to the extreme and unnecessary punishment of capital punishment. Modern society has the means to protect itself without the death penalty.
There is no question that Mr. Cruz’s actions were heinous. The 17 victims who died are forever gone to us; and those who were wounded still struggle to recover fully - both physically and emotionally. Their families and all those who fearfully witnessed this abhorrent act of bloodshed will forever be scarred by it.2268 The fifth commandment forbids direct and intentional killing as gravely sinful. The murderer and those who cooperate voluntarily in murder commit a sin that cries out to heaven for vengeance.69 Infanticide,70 fratricide, parricide, and the murder of a spouse are especially grave crimes by reason of the natural bonds which they break. Concern for eugenics or public health cannot justify any murder, even if commanded by public authority.
Source: https://www.miamiarch.org/CatholicDiocese.php?op=Article_statement-from-archbishop-thomas-wenski-on-nikolas-cruz
**********************
What Does the Catechism Say about Murder? (Source: CCC)
2267 of the revised Catechism explains; "today, however, there is an increasing awareness that the dignity of the person is not lost even after the commission of very serious crimes. In addition, a new understanding has emerged of the significance of penal sanctions imposed by the state. Lastly, more effective systems of detention have been developed, which ensure the due protection of citizens but, at the same time, do not definitively deprive the guilty of the possibility of redemption.
2269 The fifth commandment forbids doing anything with the intention of indirectly bringing about a person's death. The moral law prohibits exposing someone to mortal danger without grave reason, as well as refusing assistance to a person in danger. The acceptance by human society of murderous famines, without efforts to remedy them, is a scandalous injustice and a grave offense. Those whose usurious and avaricious dealings lead to the hunger and death of their brethren in the human family indirectly commit homicide, which is imputable to them.71 Unintentional killing is not morally imputable. But one is not exonerated from grave offense if, without proportionate reasons, he has acted in a way that brings about someone's death, even without the intention to do so.