Latest Saintly Youth Blessed Benigna Cardoso, with an Iconic Red Dress, who Died a Martyr of Chastity at Age 13 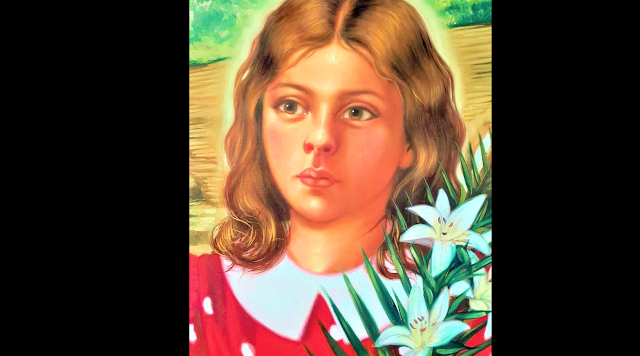 Benigna Cardoso da Silva was born on October 15, 1928, in Santana do Cariri, Brazil. She is considered a “heroine of chastity”, due to the martyrdom she experienced at the age of 13. One day, a boy who had a great interest in her, tried to approach Benigna, asked her on a date and, after rejection, began to pursue her. On October 24, 1941, he tried to surprise her and sexually abuse her, but failing, he attacked her with a machete. For saying “no” with such determination, Benigna was stabbed to death.
In January 2013, the Catholic Church recognized this martyrdom, granting the young woman the title of “Servant of God”. The postulator of the cause was Monsignor Vitaliano Mattioli, trainer at the São José Seminary, who died in December of the following year, encouraged by Archbishop Fernando Panico, now Bishop Emeritus of the Diocese of Crato.
The little red dress she wore when she was martyred has become iconic in Brazil. Hundreds of children in the country honor Blessed Benigna by wearing a similar red dress. Among the 60,000 people that attended her beatification Mass numerous children in little red dresses could be seen. 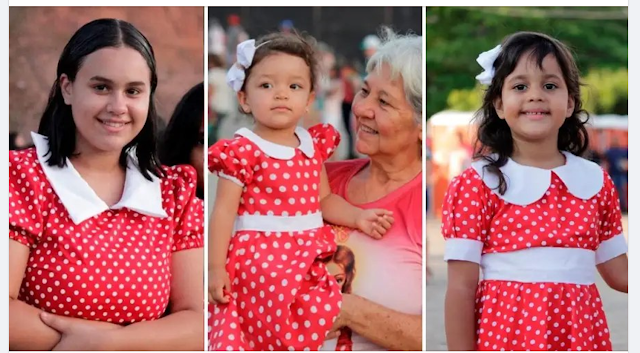 Benigna is the fourth Brazilian with the title of blessed. The diocesan bishop, according to the norms of the apostolic constitution Divinus Perfectionis Magister , promulgated by Pope John Paul II in 1983, has the right to continue investigating the life of the Servant of God and the possible miracles to proceed with the process of canonization. “ We will first celebrate the beatification and then begin the process of canonization. We have to go through a whole path that is a little different from the path of beatification ”, said Bishop Gilberto.
Devotion to the “Heroine of Chastity” grew among Catholics residing in the municipality of Santana, exceeding the limits of the surroundings. Every year, thousands of faithful take part in a pilgrimage on the day of the martyrdom, mainly in the place where it took place and where a small shrine was built.
Propagation of Benigna's devotion In 2013, after approval of the process by the Catholic Church, the martyr is proclaimed “Servant of God”. In October 2019, the Vatican recognized the martyrdom of Benigna, an important step towards achieving beatification, which was scheduled for 2021, but had to be postponed due to the pandemic and was rescheduled for October 24 this year.
Cardinal Leonardo Steiner was the representative of Pope Francis at the beatification ceremony of Benigna Cardoso da Silva. The mass was held on the day of her martyrdom, which took place on October 24, 1941, at the Pedro Felício Cavalcanti Exhibition Park in the city of Crato, with the participation of at least 60,000 people.
Her relic was carried to the altar by two of her step-sisters and by some young people, while the hymn to the new Blessed was sung.
The young woman died at the age of 13 in an attempted rape, when she was going to fetch water from a spring. And it was the scenes of the girl's daily life that inspired the homily of the Archbishop of Manaus:
“On the afternoon of Friday, October 24, 1941, Benigna went to the fountain, looking for water. She knew the way to quench her thirst, serve the household, water the plants. A place of water, of life, it became a place of aggression, of violence, it became a place of death. Place of death, source of resistance, transparency, strength, dignity. At the fountain, Benigna offers her life in fidelity to Jesus.”
From an early age, the Word and the Eucharist were Benigna's drink and food. From that source she received strength to persevere, to resist, to temper herself, to remain true to her heart's desires.
At her young age, she read the stories of Holy Scripture, participated in the community, took care of sick aunts, even though she was harassed and advised to move away to another location. She grew up in kindness, in generosity, in caring for the elderly, she learned in childhood to love Jesus!
“Her love, her mercy, led her to martyrdom”, highlighted Dom Leonardo, who even mentioned the young Raimundo Raul Alves Ribeiro, by whose hands Benigna was stabbed to death.
“The words of the Apostle resonate well in the face of the brutality, even of our days, in relation to abused children and femicide, and before the illuminating figure of our Blessed: 'We are afflicted on all sides, but not overcome by anguish; placed among the greatest straits, but without losing hope; persecuted, but not helpless; overthrown, but not annihilated'.
“Today we praise God for the life and witness of her who through martyrdom was blessed for the Church as a Blessed, an indicator and defender of the dignity of women. Benign example of non-subjugation of women, defender of their own strength and value, dignity and beauty, sexuality and motherhood, vigor and tenderness. She preferred death to passion, preferred death to breaking with her dignity.”
Today, therefore, the Blessed is invoked as a defender of the dignity of women, as an icon against the sexual abuse of children and adolescents. In fact, highlighted Archbishop Leonardo, on the same day of the beatification, the Court of Domestic and Family Violence against Women was installed in the Comarca of Crato, to guarantee the fundamental rights of women in domestic and family relationships.
“Beigna encourages us to create a family and social environment of care, respect and dignity among us. Heroine of Chastity! May her holy soul convert this parish and be the protection of children and families. These are the vows I make to our 'Saint'” (Book of Baptism). These are the vows that we all make!”, concluded the cardinal, finally quoting another important figure from Ceará, Father Cícero, whose beatification process is underway:
“As the girl was persevering, Father Cícero help us to be persevering and not abandon our faith in Jesus.”
Prayer to Benigna Cardoso (Pray at 4 pm, time of martyrdom) O Trinity God, we adore you, praise you and bless you! We thank you for the life and witness of Benigna, who preferred to die so as not to commit sin, offering her life to you in her adolescence, defending her purity and her virginity. We humbly ask you, if it pleases you, to obtain the grace to see this servant of yours beatified and raised to the honor of the altars. May our teenagers and young people be imitators of your heroic virtues, strong in faith and hope, like Benigna. Virgin Mary, Mother of God and of the Church, queen of martyrs and virgins, intercede for us, as our advocate with God the Trinity, so that your Benign daughter may deserve the recognition of holiness. Amen!