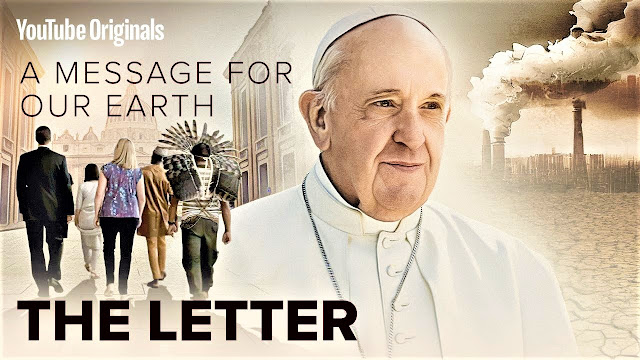 The documentary 'The Letter: A message for our earth,' was produced by Oscar-winning 'Off The Fence Productions' and presented by YouTube Originals. It's screening at the Vatican took place on October 4th, the Feast of St. Francis of Assisi, a day which also marked the Holy See’s official entry into the Paris Agreement on climate change.
Experts estimate that by 2050 some 1.2 billion people will be displaced globally due to climate change.
Vatican Secretary of State, Cardinal Pietro Parolin, had hosted and recalled an event earlier in the day with ambassadors and other leaders to discuss how to accelerate the implementation of the Paris Agreement.
Addressing those present, the Cardinal discussed the significance of these two events coinciding on the feast of St. Francis of Assisi.

While calling for prayers and an entrusting of the situation to St. Francis, he made an appeal for protecting the environment through concrete action, dialogue, and working together, especially as multilateralism declines.
“We need to promote and encourage international cooperation now more than ever, particularly at a time when multilateralism is in jeopardy and issues like climate change and the promotion of integral ecology risk being overshadowed by our inability to seek authentic dialogue and consensus.”
"October 4th is also the feast day of Saint Francis," Cardinal Parolin said, "Let us entrust to Him all our good intentions for a future – not too far off– that is more in line with his teaching and example."
Praying for environment
Economist and the Secretary of the Vatican's Dicastery for Promoting Integral Human Development, Sister Alessandra Smerilli, next addressed those gathered, remembering in a special way the Holy Father's prayer about cherishing properly the planet within his groundbreaking encyclical on the environment, Laudato si.'
Tomás Insua, the executive director of Laudato Si’ Movement and a consultant to the Dicastery for Communication, welcomed those gathered, noting the event was to remember two letters, the film, but also of course the Pope's encyclical.
He stressed that it is always more urgent to react to the ecological crisis, which, he suggested, is always provoking further climate catastrophes worldwide.
Nicolas Brown, director of 'The Letter,' has won four Emmys, two BAFTA awards and more than 50 major-festival awards across the world. He told his experience in bringing the film to life.
Source: Edited from Vatican News