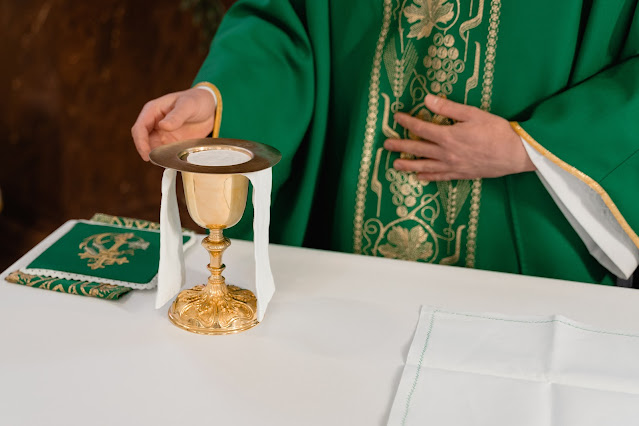 On October 19, 2022, The Catholic Project released highlights from the largest study of Catholic priests in over 50 years.
The Catholic Project is an initiative of The Catholic University of America. They focus on effective collaboration between the clergy and the laity: through academic programs, research projects, events and media, we seek to assist the Church in the United States as it faces ever new challenges, from the abuse crisis to evangelization.
The "Well-being, Trust, and Policy in a Time of Crisis
Highlights from the National Study of Catholic Priests," was released by
Brandon Vaidyanathan, Ph.D., Christopher Jacobi, Ph.D., Chelsea Rae Kelly, Ph.D. of the Catholic Project.
The study involved a census of bishops; a survey of 10,000 priests (3516 responses); and in-depth interviews of over 100 priests.
What is the state of the Catholic priesthood in the United States today?
The present report addresses these questions by summarizing results from the largest national survey of Catholic priests conducted in more than 50 years. This work aims at measuring and genuinely understanding the experience of priests.
• They surveyed 10,000 Catholic priests, of whom 3,516 respondents across 191 dioceses and eparchies completed the survey (36% valid-case response rate).
• They conducted in-depth interviews with more than 100 priests who participated in the survey.
• They also conducted a census survey of U.S. bishops, of whom 131 completed it (67% response rate).
They measure priests’ well-being using one of the most comprehensive quantitative measures available, the HarvardFlourishing Index. This instrument is a series of ten questions, each measured on a scale from 0-10, covering key dimensions of well-being such as happiness and life satisfaction, mental and physical health, sense of meaning and purpose, character and virtue, and close social relationships.
Their data reveal an average score of 82 out of 100 for priests and 83 out of 100 for bishops. These averages are relatively high in comparison to the general population. In fact, using the cutoff scoring recommended by the Harvard team, a full 77% of priests and 81% of bishops can be categorized as “flourishing.” This finding is corroborated by other research on priests, which also finds high levels of well-being.
Priests on the whole are doing well, they report significant levels of well-being. However, younger priests display signs of ministry burnout, and diocesan priests are doing less well than those who belong to religious orders. Priests find significant support from their lay friends.
Priestly burnout
They measured burnout in priests using three ministry burnout indicators, replicated from the Flourishing in Ministry study by Notre Dame psychologist Matt Bloom.
The study finds that 45% of priests report at least one symptom of ministry burnout, which is unevenly distributed between diocesan (50%) and religious (33%) priests, and only 9% exhibit severe burnout. Age is also a significant factor: younger priests are significantly more likely than older priests to experience burnout. Gaining a better understanding of causes of burnout among younger priests is crucial for improving priestly formation and clergy retention.
A crisis of trust
Trust is vital to relationships both personal and professional. For diocesan priests, who make promises of obedience to their bishop, trust in one’s bishop is especially important. Priests’ trust in their bishops, however, has declined significantly in the last two decades. On average, 49% of diocesan priests today express confidence in their bishop ; mean levels of trust vary considerably across dioceses. Diocesan priests report significantly lower levels of trust in their bishops than religious priests do in their major superiors.
Trust in the US bishops as a whole is low among priests overall, with only 24% expressing confidence in the leadership and decisionmaking of the bishops in general.
Living in a state of fear
When we asked priests about their opinions of the Dallas Charter and the zero tolerance policy, we found most of them to be supportive. Fully 90% of priests see their dioceses as having a strong culture of child safety and protection and nearly 70% of diocesan priests see the policy as positively demonstrating the Church’s values and important for rebuilding trust with the wider public. Yet 40% of priests see the zero-tolerance policy as too harsh .
Priests’ fear of false accusation of abuse
Nevertheless, many priests fear that in the present climate, it has become all too easy for someone to falsely accuse priests of abuse. A single allegation, even if proven false, can destroy a priest’s reputation permanently. Notably, 82% of priests regularly fear being falsely accused of sexual abuse.
Embedded in this worry, again, is priests’ fear that they will not be supported by their dioceses or bishops should they be falsely accused. Uncertainty about the process once an accusation is made against a priest, and the reliance on hearsay that this inevitably generates, further compounds this fear. Many priests told us in the interviews they did not have a clear understanding of the process in their diocese for how allegations against a priest would be handled. Many others, while expressing full support of zero tolerance for abuse of minors, expressed concerns that new procedures to combat the sexual abuse of “vulnerable persons” more broadly, coupled with a perceived absence of due process, amounted to a violation of justice.
Priests are supportive of the policies the Church has implemented to combat abuse. However, they are concerned about false allegations and being abandoned by the diocese.
Read the report.
Another Survey of Catholic priests was conducted in 2021, by the SSRN (Social Science Research Network), it can be viewed here: https://papers.ssrn.com/sol3/papers.cfm?abstract_id=3951931
Sources: https://catholicproject.catholic.edu/
https://catholicproject.catholic.edu/wp-content/uploads/2022/10/Catholic-Project-Final.pdf