Pope Francis Appoints Priest who Escaped from Vietnam to the US - Fr. John-Nhan Tran as New Auxiliary Bishop of Atlanta 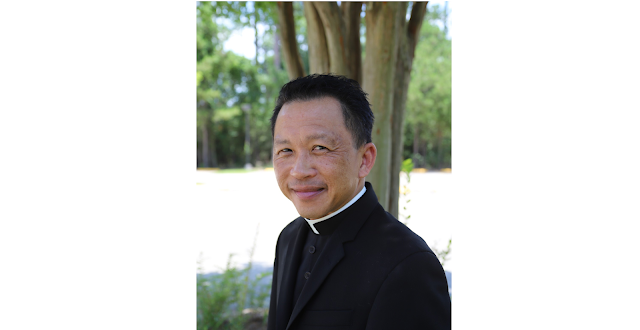 WASHINGTON - Pope Francis has appointed the Rev. John-Nhan Tran as auxiliary bishop of Atlanta. Bishop-elect Tran is a priest of the Archdiocese of New Orleans and currently serves as pastor of Mary, Queen of Peace Church in Mandeville, Louisiana. The appointment was publicized in Washington, D.C. on October 25, 2022, by Archbishop Christophe Pierre, apostolic nuncio to the United States.

Father Tran was born February 6, 1966, in Vietnam. He was nine years old when he and his family escaped Vietnam and found refuge in the United States. He attended Don Bosco College in Newton, New Jersey and St. Joseph Seminary College in St. Benedict, Louisiana (1989). He earned a Master of Divinity in theology (1992) from Notre Dame Seminary in New Orleans, Louisiana. He was ordained to the priesthood on May 30, 1992.