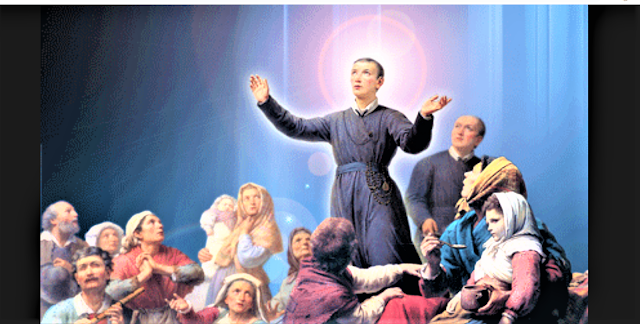 Patron: St. Gerard Majella is the patron saint of childbirth, children, pregnant women, mothers, falsely accused people, good confessions, lay brothers, the Pro-Life movement, and unborn children.
PRAYER: Almighty and loving Father, I thank you for giving St. Gerard to us as a great role model and powerful friend. Through his example, he has shown us how to love and trust You. You shower many blessings on those who call upon his assistance. For Your greater glory and my welfare, please grant me the favours which I now ask in his name. (Share your request…) And you, my powerful patron, intercede for me before the throne of God. Draw near to His throne and do not leave until you have been heard. O Good Saint, to you I address my fervent prayers; graciously accept them and let me experience in some way the effects of your powerful intercession. Amen. (https://www.daily-prayers.org/)
St. Gerard Majella was born on April 23, 1726 at Muro, Italy.  He was the son of a tailor who died when Gerard was 12 years old.  Gerard’s family was very poor.  Gerard tried to join the Capuchins Franciscans but his poor health and youth prevented this.
Gerard was accepted as a Redemptorist lay brother in 1748 and was professed by St. Alphonsus Liguori, founder of the the Redemptorists, in 1752.  He served as a sacristan, gardener, porter, infirmarian and tailor.
Gerard became known for his supernatural gifts:  bilocation, prophecy, ecstasies (a type of altered state of consciousness where external awareness is greatly reduced and internal mental and spiritual awareness is heightened, sometimes accompanied by visions and euphoria), and infused knowledge (the gift of natural and supernatural knowledge miraculously conferred by God).
Because of his great piety, extraordinary wisdom, and his gift of reading consciences, he was permitted to counsel communities of religious women.
He was widely known for his holiness and charity.
In those times, about one-third of pregnancies resulted in live births.  On one occasion a pregnant mother, fearing the loss of her baby, asked Gerard to pray for her and bless her.  Gerard obliged the mother, who gave birth to a healthy baby.
Gerard became the unofficial Saint of expectant mothers.
Gerard died of tuberculosis on October 16, 1755 at the age of 29.  His last will consisted of the following small note on the door of his cell: