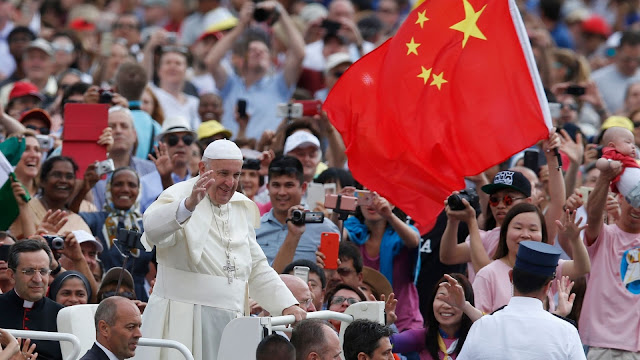 The Holy See-China Provisional Agreement on nomination of Bishops has been renewed for second time after “appropriate consultation and assessment.” Vatican News reports that the Holy See and the People's Republic of China agreed to extend for another two years the validity of the agreement first concluded in 2018. The Holy See intends to continue a respectful and constructive dialogue to further the mission of the Catholic Church and the good of the Chinese people. The communiqué was released by the Holy See Press Office on October 22nd.

Pope Francis, in an interview with the Reuters news agency last July, had expressed his hope that the agreement could be renewed this October. With reference to the appointment of Bishops, the Pope said in the interview, “The agreement is going well” even if “it is going slowly, as I say, ‘the Chinese way’, because the Chinese have that sense of time, that no one can rush them.” He noted, too, that the Chinese “also have problems” because the local authorities act in different ways with the Catholic Church and “it is not the same situation in every region of the country.” The Pope, recalling the diplomatic efforts of Cardinal Agostino Casaroli, the architect of the Vatican’s policy of Ostpolitik towards the countries of Eastern Europe, had spoken of the “martyrdom of patience”. (Vatican News excerpt)
FULL TEXT - Communiqué on the extension of the Provisional Agreement
between the Holy See and the People’s Republic of China
regarding the appointment of Bishops, 22 October 2022

After appropriate consultation and assessment, the Holy See and the People’s Republic of China have agreed to extend for another two years the Provisional Agreement regarding the appointment of Bishops, which was signed on 22 September 2018 and previously extended on 22 October 2020.

The Vatican Party is committed to continuing a respectful and constructive dialogue with the Chinese Party for a productive implementation of the Accord and further development of bilateral relations, with a view to fostering the mission of the Catholic Church and the good of the Chinese people.