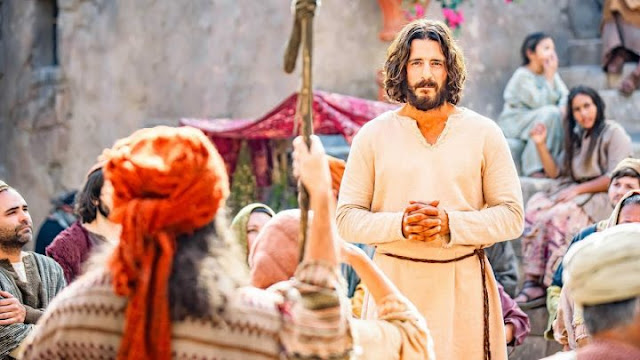 The Chosen is a drama series on the life of Jesus. It was created, directed and co-written by American filmmaker Dallas Jenkins. It is the first multi-season series about the life and ministry of Jesus of Nazareth.

The Chosen' Season 3 will Premiere on the Big Screen: 'We're Going Wherever God Parts the Seas.' The first two episodes of season three will premiere in theaters on November 18.

November 18, Episodes 1 & 2 back-to-back, only in theaters. The first two episodes will be in theaters for a short time before becoming available on the show's free streaming platform. The remaining six episodes will launch weekly on the app in December, Jenkins said.

According to the Chosen App, since it's beginnings in 2017, there have been more than 400 million views of the first two seasons, behind-the-scenes looks, and cast Q&A. They released "Christmas with the Chosen: The Messengers", last year.  The Christmas special became Fathom Events' best-selling and most highly attended event at the time, earning $8 million in sales on opening night. Jenkins told the Deseret News the series will pick up where it left off in season 2 – Jesus feeding the 5,000.

A season three theatrical trailer will be released on Oct. 25 and tickets for the first two episodes will go on sale that same day. The theme for Season 3 of "The Chosen" is based on the New Testament scripture Matthew 11:28: "Come to me, all you who are weary and heavy-laden, and I will give you rest."