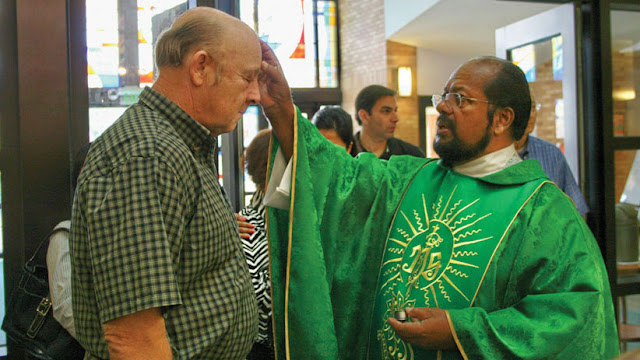 Father Jose Maniyangat, is the associate pastor of St. Catherine of Siena Church in Orange Park, Florida, he survived a motorcycle crash in 1985.  He leads a Eucharistic and charismatic healing ministry in which he leads healing missions in parishes in the United States and throughout the world; which is approved by his Bishop.
Here is his testimony:
I was born on July 16, 1949 in Kerala, India to my parents, Joseph and Theresa Maniyangat. I am the eldest of seven children: Jose, Mary, Theresa, Lissama, Zachariah, Valsa and Tom. At the age of fourteen, I entered St. Mary’s minor seminary in Thiruvalla to begin my studies for the priesthood. Four years later I went to St. Joseph’s Pontifical Major Seminary in Alwaye, Kerala to continue my priestly formation. After completing the seven years of Philosophy and Theology I was ordained a priest on January 1, 1975 to serve as a missionary at the Diocese of Thiruvalla. Charismatic Renewal movement and began conducting charismatic retreats and conferences in Kerala. 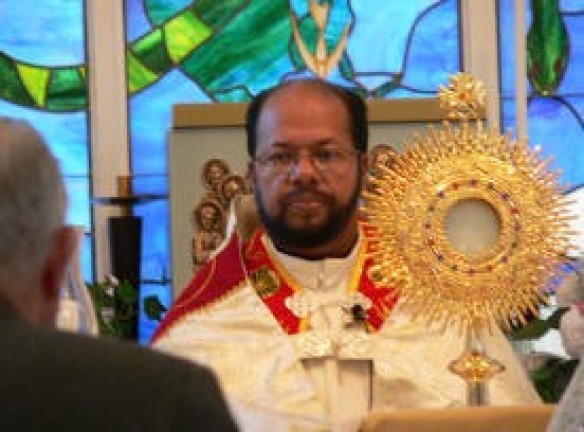