Fr. Stu Reborn Movie Re-Opens in Theaters Without so much Swearing! Telling the True Story of a Boxer Turned Priest and Starring Mark Wahlberg + See a VIDEO of the Real Fr. Stu 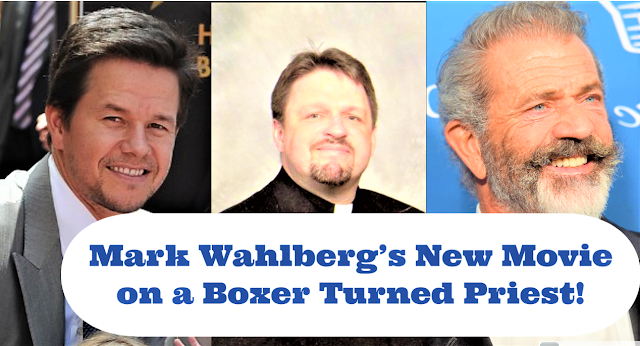 On Sony Pictures announced that the Fr. Stu movie, which opened in theaters in April, earning an R rating for "language throughout," will be re-released in theaters on December 9th with a PG-13 edit. its new film about Father Stu. The new version en,titled Father Stu: Reborn, is rated PG-13 for "language, an accident scene, sexual references, some violence and smoking."
Mark Wahlberg stars in the film about Father Stuart Long, a boxer turned priest. Wahlberg has been developing the film for years. Mark Wahlberg go into the boxing ring for this feature film role. Wahlberg has also gotten Mel Gibson to play Long’s father while Teresa Ruiz, one of the stars of Narcos: Mexico, will play his girlfriend. This is about the life of a Montana boxer who retired from fighting due to injuries and was later in a serious motorcycle accident. In the hospital, according to reports, Long had an out of body experience and rediscovered his faith and enrolled in Mount Angel Seminary in Oregon. Long eventually decided to become a priest.
Here is the Official Trailer of the movie and Video of the real Fr. Stu at bottom:
What was the real Fr. Stu like? He was recorded on video, telling his story - SEE Below:
Before he was ordained, Stu Long was diagnosed with a rare muscular degenerative disease that forced him into a wheelchair. In spite of these sufferings, he achieved his goal and Long’s ministry developed a following among thousands of people. As far back as 2016, Wahlberg was working on the film with director David O. Russell. An opening in his schedule this year allowed Wahlberg to get this film made. Wahlberg  employed Rosalind Ross as director of the film based on her script, which she’s reportedly worked on with Wahlberg for years.
(Edited from Deadline, People, and Hollywood Reporter)
Fr. Stu Mark Wahlberg Mel Gibson Movies