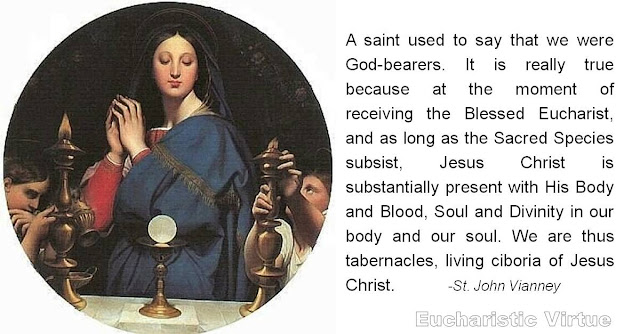 Saturday of the Thirty-third Week in Ordinary Time

Lectionary: 502
Reading
Rv 11:4-12
I, John, heard a voice from heaven speak to me:
Here are my two witnesses:
These are the two olive trees and the two lampstands
that stand before the Lord of the earth.
If anyone wants to harm them, fire comes out of their mouths
and devours their enemies.
In this way, anyone wanting to harm them is sure to be slain.
They have the power to close up the sky
so that no rain can fall during the time of their prophesying.
They also have power to turn water into blood
and to afflict the earth with any plague as often as they wish.
When they have finished their testimony,
the beast that comes up from the abyss
will wage war against them and conquer them and kill them.

Their corpses will lie in the main street of the great city,
which has the symbolic names “Sodom” and “Egypt,”
where indeed their Lord was crucified.
Those from every people, tribe, tongue, and nation
will gaze on their corpses for three and a half days,
and they will not allow their corpses to be buried.
The inhabitants of the earth will gloat over them
and be glad and exchange gifts
because these two prophets tormented the inhabitants of the earth.
But after the three and a half days,
a breath of life from God entered them.
When they stood on their feet, great fear fell on those who saw them.
Then they heard a loud voice from heaven say to them, “Come up here.”
So they went up to heaven in a cloud as their enemies looked on.
Responsorial Psalm
Psalm 144:1, 2, 9-10
R.    (1b) Blessed be the Lord, my Rock!
Blessed be the LORD, my rock,
who trains my hands for battle, my fingers for war.
R.    Blessed be the Lord, my Rock!
My mercy and my fortress,
my stronghold, my deliverer,
My shield, in whom I trust,
who subdues my people under me.
R.    Blessed be the Lord, my Rock!
O God, I will sing a new song to you;
with a ten stringed lyre I will chant your praise,
You who give victory to kings,
and deliver David, your servant from the evil sword.
R.    Blessed be the Lord, my Rock!


Alleluia
See 2 Tm 1:10
R. Alleluia, alleluia.
Our Savior Jesus Christ has destroyed death
and brought life to light through the Gospel.
R. Alleluia, alleluia.
Gospel
Lk 20:27-40
Some Sadducees, those who deny that there is a resurrection,
came forward and put this question to Jesus, saying,
“Teacher, Moses wrote for us,
If someone’s brother dies leaving a wife but no child,
his brother must take the wife
and raise up descendants for his brother.
Now there were seven brothers;
the first married a woman but died childless.
Then the second and the third married her,
and likewise all the seven died childless.
Finally the woman also died.
Now at the resurrection whose wife will that woman be?
For all seven had been married to her.”
Jesus said to them,
“The children of this age marry and remarry;
but those who are deemed worthy to attain to the coming age
and to the resurrection of the dead
neither marry nor are given in marriage.
They can no longer die,
for they are like angels;
and they are the children of God
because they are the ones who will rise.
That the dead will rise
even Moses made known in the passage about the bush,
when he called  ‘Lord’
the God of Abraham, the God of Isaac, and the God of Jacob;
and he is not God of the dead, but of the living,
for to him all are alive.”
Some of the scribes said in reply,
“Teacher, you have answered well.”
And they no longer dared to ask him anything.
Prayer to Make a Spiritual Communion-
People who cannot communicate now make spiritual communion.
At your feet, O my Jesus I bow down and offer you the repentance of my contrite heart, which abysses itself into its nothingness and Your holy presence. I adore you in the Sacrament of Your love, the ineffable Eucharist. I wish to receive you in the poor home that my heart offers you. In anticipation of the happiness of sacramental communion, I want to possess you in spirit. Come to me, oh my Jesus, that I may come to you. May Your love inflame my whole being, for life and death. I believe in you, I hope in you, I love you. So be it. Amen