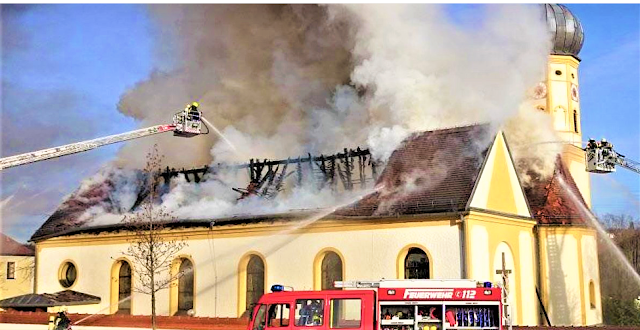 The high rate of hate crimes and growing Secular Intolerance have a crippling effect on the Religious Freedom of Christians.

The annual report by OIDAC Europe was released in Vienna two days before the International Day of Tolerance (16 Nov.). It focuses on three main developments of intolerance against Christians in European countries: Anti-Christian hate crimes, self-censorship and negative stereotypes and treatment of Christians in the media. OIDAC provides an overview of over 500 Europewide anti-Christian Hate Crimes and discusses disproportionate Covid-19 regulations for churches. The report analyses other forms of discrimination through legislation and lack of competence from authorities when dealing with cases involving religion and religious freedom.

The report summarizes all findings and research from 1st January until 31st December 2021, highlighting key facts about the over 500 cases of anti-Christian Hate Crimes that were reported last year.

There is a reasonable probability for higher dark numbers, due
to limited reporting on Anti-Christian Hate Crimes, the “chilling
effect” among victims and lack of media coverage.
2. In 2021, OIDAC documented anti-Christian hate crimes in 19
European countries. There were 14 crimes of physical assault
and 4 Christians were murdered.
3. Recent preliminary research and example cases confirm the
increasing phenomenon of self-censorship by Christians, in
response to perceived intolerance towards their beliefs, resulting in
what is termed a “chilling effect.”
4. Self-censorship by Christians has been identified in five areas of
life: education, the workplace, the public sphere, private
social interactions, and media platforms.
5. In 2021, Christians from various denominations were subject to
negative stereotyping and insensitivity by the media and
political groups. This trend emerged particularly in relation to
Catholics in Spain.
6. Christian-led organisations were banned from social media
platforms for expressing dissenting beliefs, while insult and violent
speech against Christians were permitted on the same platforms.
7. Ambiguously-worded “hate speech” laws and public order
legislation have undermined the right to Freedom of Speech,
leading to several unjustified arrests of street preachers,
mainly in the UK.
8. Freedom of Assembly of Christians was contested in courts after
some cities in Germany, Spain and the UK implemented “safeaccess buffer zones” around abortion clinics. This criminalizes
activities including prayer vigils, conversations with the public, and
other forms of peaceful activism.
9. Doctors, bioethics commissions, and medical personnel have voiced
concerns about limitations to Freedom of Conscience. Laws
have recently been drafted that would withdraw the right to
“conscientious objection” for controversial medical procedures,
endangering the ability of medical staff to practise in accordance
with their beliefs.
10. New laws outlawing “conversion therapy” or introducing sexual
education guidelines are infringing on the Rights of Parents to
have a say in the education and psychological well-being of
their children. These laws are often based on gender theory and
employ imprecise language that could result in the criminalisation
of dissenting discussions in both public and private context,
including private prayer.
11. New trans-laws and abortion laws give minors autonomy to
decide to undergo an abortion or gender transition without
parental consent, violating Parental Rights.
12.Following the relaxation of COVID-19 lockdown measures for
non-essential services and shops, legal scholars, national court
rulings and human rights groups stated that some churches were
subject to unjustifiable and discriminatory treatment as
religious services and in some cases even private worship remained
prohibited.
13.In Spain, France and some German cities, misleading statements
made by the media and politicians led to a stigmatisation of
Evangelical churches and groups, which were labelled “COVID-19
spreaders” during the pandemic

As in previous years, this hate crime data also contributes to the annual OSCE Hate Crime Report, which will be released on November 16th. Two experts on religious freedom, Janet Epp Buckingham, and Todd Huizinga, are featured with commentaries addressing the importance of freedom of religion and the problem of secular intolerance that threatens this same fundamental freedom. The report includes an exclusive interview with the Finnish politician and former minister of interior Päivi Räsänen, who is being prosecuted for voicing Christian beliefs publicly.