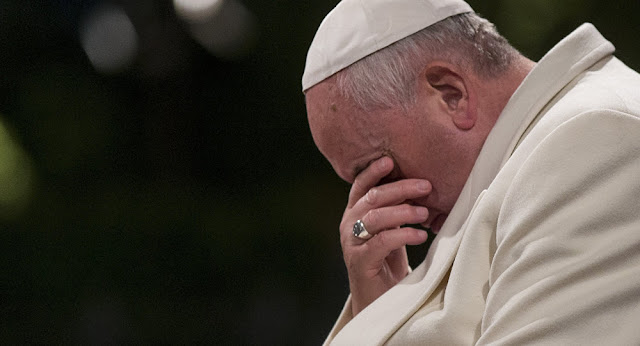 Pope Francis  sent condolences to the victims of an explosion in Istanbul, Turkey. The  Pope sent his condolences to the families and friends of those killed and injured in the November 13th bomb attack in central Istanbul, that left 6 dead and 81 injured.  Vatican News reports that a telegram was signed by Vatican Secretary of State, Cardinal Pietro Parolin, and addressed to the Apostolic Nuncio in Türkiye, Archbishop Marek Solczyński, on November 15th.
Pope Francis expressed his deep sadness upon learning of the deaths and injuries caused by the explosion of a bomb in Istanbul. Pope Francis "sends condolences to the families and friends of those who have died, assuring the injured and those who mourn their loved ones of his spiritual closeness," the message reads.
The Pope said he offers his prayers so "that no act of violence will discourage the efforts of the people of Türkiye to build a society based on the values of fraternity, justice and peace."
The Ecumenical Patriarch of Constantinople, Bartholomew, also expressed "firm condemnation" of the attack and, according to local media reports, went to the scene of the bombing to remember the victims.
The explosion took place at 4:20 p.m. local time on Sunday, damaging structures on the street, in the Taksim district on the European side of the city, hitting a shopping and meeting area.
Earlier in the evening, President Recep Tayyip Erdogan and his deputy, Fuat Oktay, had spoken of a woman being held responsible for the bomb. Initially it was thought to be a suicide bomber, but statements in the evening confirmed that the person who planted the bomb had been arrested, without specifying the reasons why the suspect had been arrested, or whether it was a woman. The Minister of Justice, Bekir Bozdag, referred to a "bag" lying on a bench for 40-45 minutes before the explosion. Together with her, 46 people have been arrested in recent hours. This number rose to 50 today, as announced by Turkish Justice Minister Bekir Bozdag.
Edited from Vatican News with Death Toll from AljazeeraEnglish