Saint November 15 : St. Albert the Great - a Dominican Doctor of the Church and Patron of Sciences, Philosophers, Scientists, Students 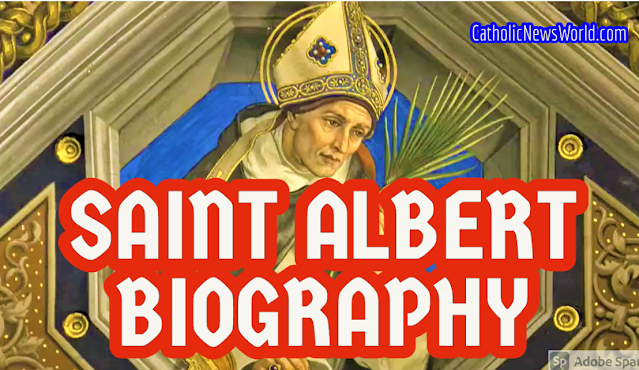 On November 15, we celebrate the feast day of Saint Albert the Great (1206-1280), Doctor of the Church, bishop, teacher, theologian, and one of the Church’s greatest intellects. Widely admired for his wisdom and learning, he was known as “Albertus Magnus” to his contemporaries (“Albert the Great”), and by those who came after him as “Doctor universalis” (“Teacher of all that there is to know”). Saint Albert is the patron saint of scientists. His works constantly remind us of the importance of both faith and reason, and that there can be no separation between these—in fact, faith and reason reinforce and sustain each other. 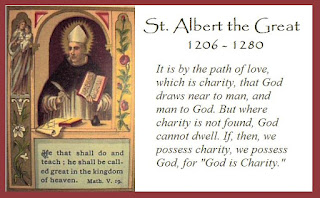