Saint November 7 : St. Willibrord a Bishop who Begged the Pope to Preach in Un-Christian Nations and Patron of Convulsions; Epilepsy; Netherlands 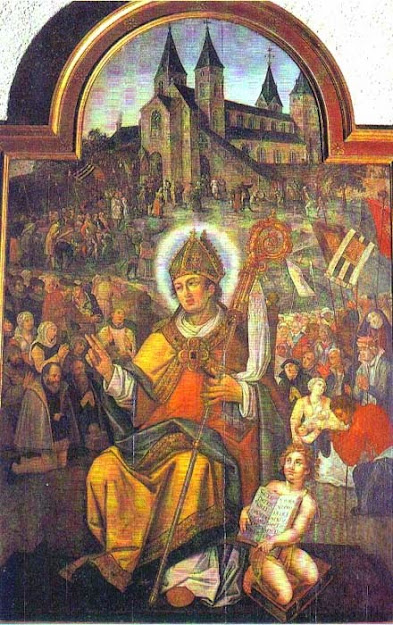 CONFESSOR, FIRST BISHOP OF UTRECHTBorn: 658, NorthumbriaDied: November 7, 739Major Shrine: EchternachPatron of: convulsions; epilepsy; epileptics; Luxembourg; Netherlands
Prayer: O GOD, who didst vouuchsafe to send thy blessed Saint Willibrord to preach thy glory to the Gentiles: we humbly pray thee; that, by his merits and intercession, we may both see and know the things which we ought to do, and by thy mercy be enabled to perform the same. Through Christ Our Lord. Amen.

ST. WILLIBRORD was born in the kingdom of Northumberland, towards the year 658, and placed by his virtuous parents, before he was seven years old, in the monastery of Rippon, which was at that time governed by St. Wilfrid, its founder. Wilgis, our saint’s father, retired also into a monastery, afterwards became a hermit, and in his old age founded and governed a small monastery between the ocean and the Humber. He is honoured among the saints in the monastery of Epternac, and in the English calendars. Alcuin has left us an account of his life Willibrord, by carrying the yoke of our Lord with fervour from his infancy, found it always easy and sweet, and the better to preserve the first fruits which he had gathered, made his monastic profession when he was very young.