Diocese of Lansing's Statement after Fr David Rosenberg is Charged for Alleged Embezzlement of $830,000 from 3 Priests 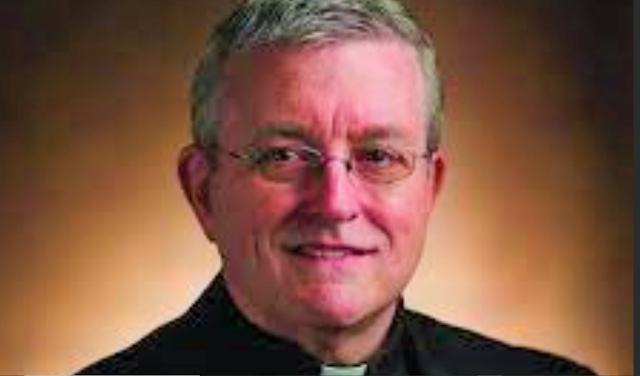 Father David Rosenberg, 70, of Dewitt, was arraigned Thursday before Magistrate Nikki Maneval in the 65-A District Court in Clinton County. He was given a $25,000 personal recognizance bond with conditions that he is prohibited from acting as a fiduciary and must relinquish any current power of attorney appointments.

Rosenberg is charged with the following:

Three counts of Embezzlement from a Vulnerable Adult $100,000 or more, a 20-year felony;

One count of Uttering and Publishing, a 14-year felony;

One count of Perjury, a 15-year-felony, and;

It is alleged that between January 2018 and December 2020, Rosenberg embezzled approximately $830,000 from the three priests and used the money to fund his charitable foundation, FaithFirst, formerly known as the Rosenberg Family Corporation. Rosenberg accumulated wealth for FaithFirst in part by embezzling money from the elderly priests living at the Retreat Center.

The Diocese of Lansing has learned, December 1, that the Michigan Attorney General has charged Father David Rosenberg, a retired priest of the Diocese of Lansing, with multiple counts of criminal embezzlement as well as other charges. See details here.

“These charges are deeply disturbing and our prayers go out to all involved, in particular to the alleged victims. Please pray for all involved and that justice will be served,” said David Kerr, Director of Communications for the Diocese of Lansing, December 1.

According to the Attorney General, 70-year-old Father Rosenberg is alleged to have embezzled several hundred thousand dollars from three senior priests. Father Rosenberg’s last assignment with the Diocese of Lansing was as Director of the Saint Francis Retreat Center in Dewitt, a position he held for six years until retiring from active ministry in 2021.