Feast Day December 8 : Immaculate Conception of Mary Explained in 3 Min. : What You Need to Know about this Solemnity! VIDEO 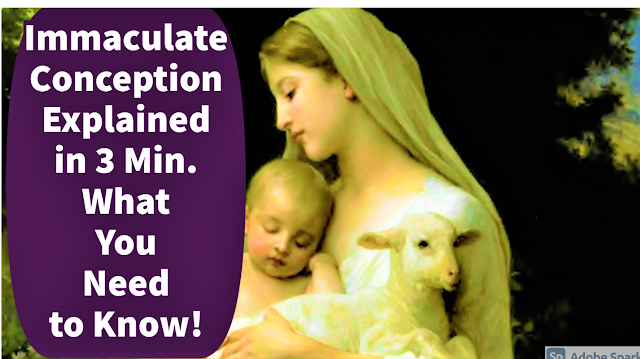