Saint December 19 : Blessed Urban V a Pope of France who Stood for Purity and Died in 1370 in Avignon, France 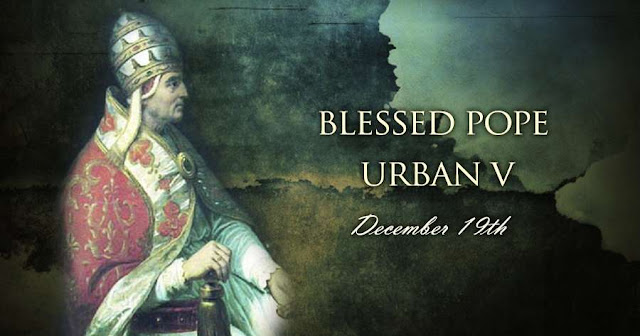 Bl. Urban V
Born:
1310 Grizac, Languedoc, France
Died:
December 19, 1370 Avignon, France
Guillaume de Grimoard, born at Grisac in Languedoc, 1310; died at Avignon, 19 December, 1370. Born of a knightly family, he was educated at Montpellier and Toulouse, and became a Benedictine monk at the little priory of Chirac near his home.