Cardinal George Pell's Funeral Date Released by the Vatican and it will be Presided by Pope Francis in St. Peter's Basilica 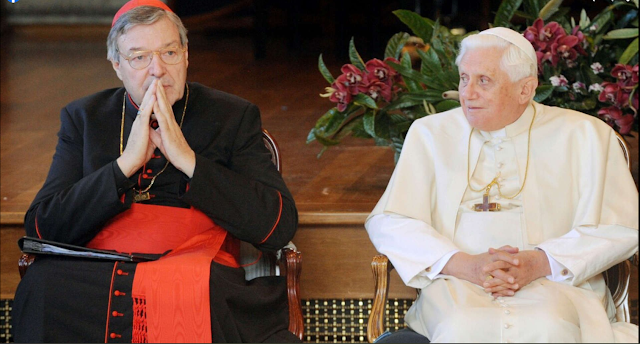 Cardinal George Pell’s funeral date is Saturday, January 14, 2023 in St. Peter’s Basilica at the Vatican. Pope Francis will preside over the final portion of the funeral of the late Australian Cardinal George Pell.  Vatican News announced that Holy See Press Office released that Pope Francis will preside over the rites of Ultima Commendatio and Valedictio at the funeral of Cardinal George Pell.
Cardinal Giovanni Battista Re, Dean of the College of Cardinals, will celebrate the Requiem Mass at 11:30 AM on Saturday, 14 January. The Mass will take place at the Altar of the Chair of St. Peter in the Vatican Basilica. Many other Cardinals and bishops are expected to concelebrate the Mass. The late Australian Cardinal died on January 10th in Rome at the age of 81 due to heart complications following a hip operation. Cardinal Pell had served as the Prefect of the Vatican’s Secretariat for the Economy from April 2014 until February 2019. Pope Francis expressed his sorrow in a telegram upon learning of the Cardinal’s death. He recalled Cardinal Pell’s “consistent and committed witness, his dedication to the Gospel and to the Church, and especially his diligent collaboration with the Holy See in its recent economic reform, for which he laid the foundations with determination and wisdom.” ‘Long-lasting impact on Church’ The Australian Catholic Bishops’ Conference also paid tribute to the late Cardinal. In a statement, Archbishop Timothy Costelloe, the Conference’s President, said Cardinal Pell’s “impact on the life of the Church in Australia and around the world will continue to be felt for many years.”
Source: Edited from Vatican News
Image Screenshot FB - Servus Dei