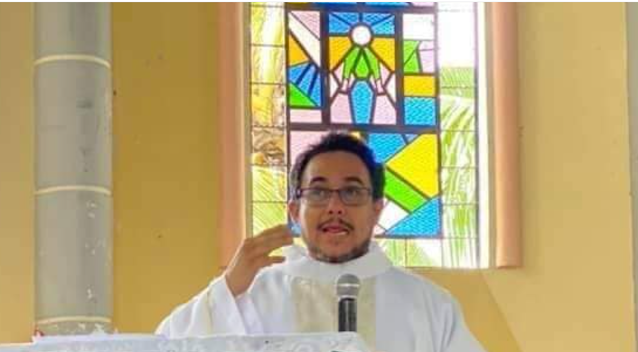 In the midst of the process against Bishop Rolando Álvarez, detained by the Ortega regime, the Nicaraguan dictatorship increases the persecution against the Catholic Church.

According to the local press, the priest Óscar Benavidez Dávila was found guilty of the crimes of conspiracy to undermine national integrity and propagation of false news, by Judge Nancy Aguirre.

The trial against the priest who was like from the Espíritu Santo church, from Mulukukú, on the North Caribbean Coast of Nicaragua, was carried out in the Tenth Court of the Criminal Trial District of Managua. For such accusations, the Prosecutor's Office, representing the State of Nicaragua as a victim, is requesting an eight-year prison sentence against the priest.

The priest Óscar Danilo Benavides was charged in September 2022, after spending 42 days in custody at the Judicial Assistance Directorate (DAJ) in Managua, where he was taken when he was captured on the night of August 14, after officiating a Mass.

Local media highlight that the priest Benavides Dávila is one of the religious who has been treated more severely by the Ortega regime, since he was in total isolation for at least two months, until they decided to take him to an initial hearing, on the 6th of October. He was in El Chipote and in October he was transferred to the Jorge Navarro Tipitapa prison, without specifying why he was being transferred.

According to the priest's defense, the priest's crime is having expressed his opinion in a publication that circulated on social networks.