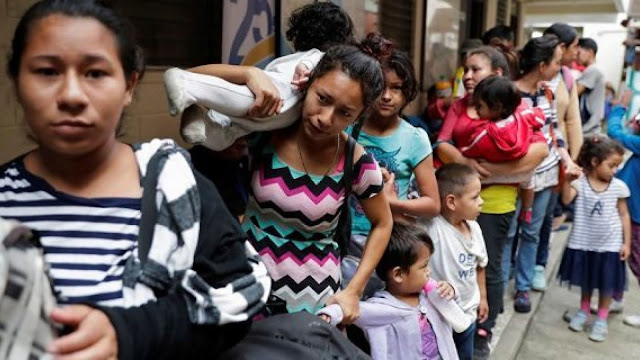 WASHINGTON - Yesterday, the Biden Administration announced the expanded use of the pandemic-era policy known as “Title 42,” which circumvents normal immigration procedures along the U.S.-Mexico border and prevents vulnerable migrants from seeking asylum in the United States. This is coupled with the expansion of a process originally created for Venezuelans in October 2022, which provides those with a U.S.-based financial sponsor the opportunity to apply for humanitarian parole to enter and work in the country for up to two years; Cuban, Haitian, and Nicaraguan nationals will now be eligible for that same program.

The Administration also alluded to a forthcoming regulatory proposal to revive a ban on asylum for those who transited through other countries prior to seeking refuge in the United States, a policy that was condemned  in 2019 by Cardinal Daniel DiNardo, then-president of the U.S. Conference of Catholic Bishops (USCCB), and eventually enjoined by federal courts.

“We welcome the announcement of new legal pathways to the United States, but it is difficult for us to consider this progress when these same pathways are contingent on preventing those forced to flee their native land from availing themselves of the right to seek asylum at our border. Under this approach, many of the most vulnerable will be excluded from relief and subjected to dangerous circumstances, contravening U.S. and international refugee law, as well as Catholic social teaching.

“It simply defies reason and lived realities to require those facing persecution, trafficking, and torture to only pursue protection from within those potentially life-threatening situations. This is a drastic departure from the Administration’s promise to create a ‘fair, orderly, and humane’ immigration system and will only exacerbate challenges on both sides of our border. Even for those who are permitted to enter the United States, we continue to be concerned about their access to housing, work authorization, legal services, and other pressing needs.

“The Catholic bishops of the United States are among those religious leaders referenced by the President who have consistently called for a comprehensive reform of our immigration system, and we share the President’s disappointment regarding a lack of bipartisan cooperation in Congress on this issue. We also wholeheartedly agree that to truly address the irregular movement of people in our hemisphere, we must tackle the root causes of forced migration, promoting integral human development in sending countries so people may flourish there.

“We urge the Administration to reverse its present course in favor of humane solutions that recognize the God-given dignity of migrants and provide equitable access to immigration and humanitarian pathways.”

While marking the Feast of Our Lady of Guadalupe last month, Bishop Seitz expressed “that time, resources, and political will are best spent making structural improvements to our broken immigration system,” in addition to standing up critical infrastructure to meet the humanitarian needs of migrants at the U.S.-Mexico border. The USCCB’s comments in response to the 2019 regulation restricting access to asylum are available here.