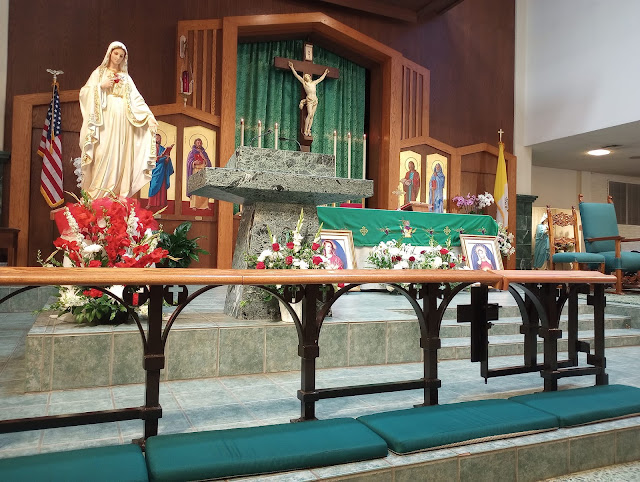 California police arrested a suspect this week for allegedly vandalizing a Catholic Church three times, including on Christmas Day.

“We forgive, God forgives,” the church's pastor said, but doesn't prevent the church or police from trying to hold the person responsible accountable.

The man kicked flowers, broke a cross and smashed a display case and a statue of Mary.

Security footage from the night before shows what appears to be the same man speaking with a couple praying in the church’s Garden of our Mother of Guadalupe. When the other parishioners leave, the man grabs a bottle from a trash can and throws it at the statue in front.

Since the vandalism, parishioners have been coming by the church  to leave flowers and candles, and to say prayers.

The priest explained the church is under attack, but worship and the service of Saint Mary’s must go on.

“Obviously there is a lot of turmoil, hatred in his heart. Anger at God, possibly a tragedy that has occurred in his life,” Father Herrera said.

“We forgive, God forgives,” he added.

Forgiveness is free but Father Herrera said the damage is around $20,000. The cost of security, including new cameras, a security guard and door locks is another $20,000.

Attacks on Christian churches in the United States have almost tripled in the past four years, according to a December report from the Family Research Council. The conservative organization documented 420 acts of hostility against 397 different churches between January 2018 and September 2022, including shootings, bomb threats, arson, assaults and vandalism.

Coinciding with a rise in violence against pro-life organizations, 57 of the church attacks in 2022 were attributed to pro-abortion motives, the organization found.