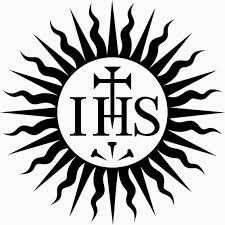 Gregory H. Carruthers, Jesuit Priest:
I am the eldest of three children. My father became Catholic when he married my mother. He was a fine Catholic and good father. I was born just as World War 2 was ending. I had the good fortune of attending a Catholic elementary school run by the Sisters of Charity. It was there that I was introduced to the various devotions and mysteries and truths of the Catholic faith. Although our family attended Mass on Sunday, we did not have family devotions, for example, the rosary. So it was in the Catholic school that I first felt deeply drawn to the Person of Christ and to Mary, his mother. I started attending frequent daily Mass at an early age. During Mass I always felt the deep personal presence of Christ. I thought all my friends did too. It was only later that I learned that many of them didn't. I thought that in order to get closer to Christ in the Eucharist I should become an altar server. So as soon as I was old enough, that is what I did. Then while serving Mass, the thought occurred to me that if I wanted to get even closer to Jesus then I should become a priest. And so the first sense of my call to priesthood was intimately connected to the personal presence of the risen Jesus in the Mass. When it came time for me to go to high school, my mother asked me if I wanted to go to the Jesuit high school in our city. I don't know if I had ever heard the word "Jesuit" before or not, but it seemed like it was the very first time. The word "Jesuit" leaped out at me and I had the deep sense that God was calling me to be a Jesuit. My first reaction was to feel excitement and joy, but then since I didn't know anything about the Jesuits, I became apprehensive: "What if I don't like the Jesuit vocation? I'll be stuck in a life in which I'll never be happy." As it turned out, when I went to the high school, I found out that the Jesuit vocation appealed to me, and I met very many very helpful and inspiring Jesuits. Although I felt God calling me to religious life as a Jesuit priest, I didn't start to live as though I already were a priest. I wasn't running from the call, but I just knew I had to mature in the normal way. I enjoyed dancing very much, and used to go to all the high school dances with a girlfriend, and we enjoyed each other's company for many years. I then went to university and did an advanced Master's degree. For me, at least, I felt it was important to have the experience of living on my own, holding a full time responsible job, bringing in a salary and paying my bills. I did this for two years while teaching in a Jesuit university. After that experience, I knew that the "fullness of time" had come for me to apply to the Jesuits, which I did. Timing is always important in discerning a vocation: too early and you can undermine it; too late and you can miss it. The Jesuits accepted me. I have been a Jesuit for 42 years and a priest for 34 years. I have always found my vocation to be a great source of strength and consolation and am immensely grateful to God for all the graces he has bestowed on me to use the gifts he has given me to encourage, to teach and to guide those whom He has called me to serve. AMDG. In the Lord, Fr. Greg

FOR BREAKING NEWS AND INSPIRATIONAL STORIES AND FREE MOVIES
LIKE US ON FACEBOOK NOW http://www.facebook.com/catholicnewsworld
Posted by Jesus Caritas Est at 12:41 PM