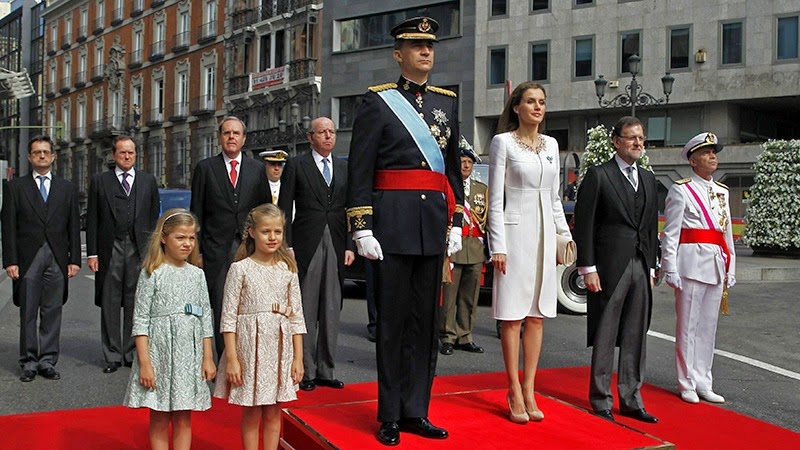 Spain has a new King Felipe VI. He was sworn in on Thursday, June 19, 2014 8.30am . Felipe VI received the sash of the captain general from his father in Zarzuela Palace. Queen Letizia (age 41), his wife, and their eight-year-old daughter Leonor, the heiress to the throne. His father, Juan Carlos (below), abdicated earlier in June due to some scandals. 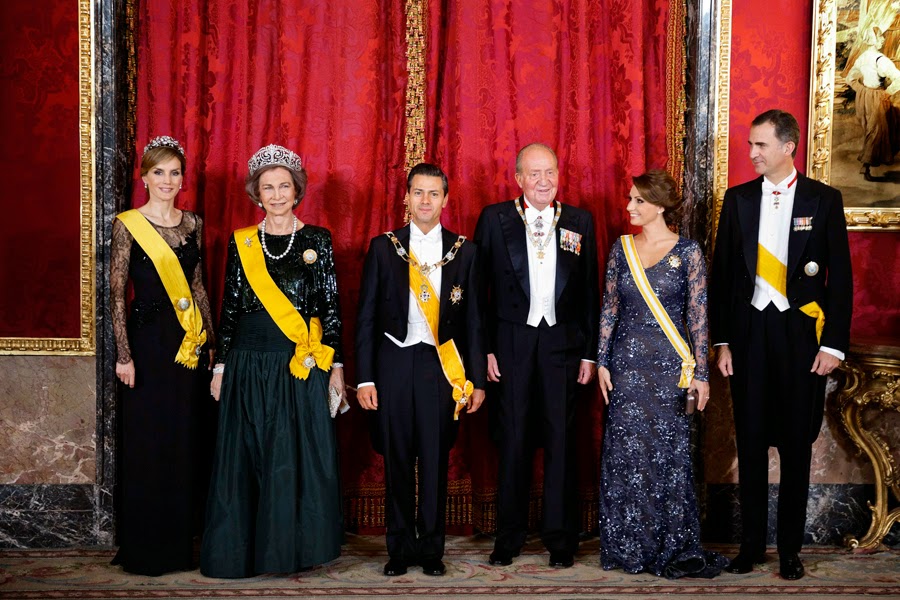 Felipe VI, who is 46, wore military uniform. He swore loyalty to Spain's constitution. Felipe VI said, "There is room for all of us in a united and diverse Spain." He and his wife then greeted Spaniards from the balcony of the Royal Palace. They were joined by their two daughters, Leonor, eight, now Princess of Asturias, and seven-year-old Sofia. The King and his family are Roman Catholics. He ended by thanking the people in languages of Spain; Castilian, Catalan, Basque and Galician. The crowds yelled, “Long live the King” and “Viva Espana!”.