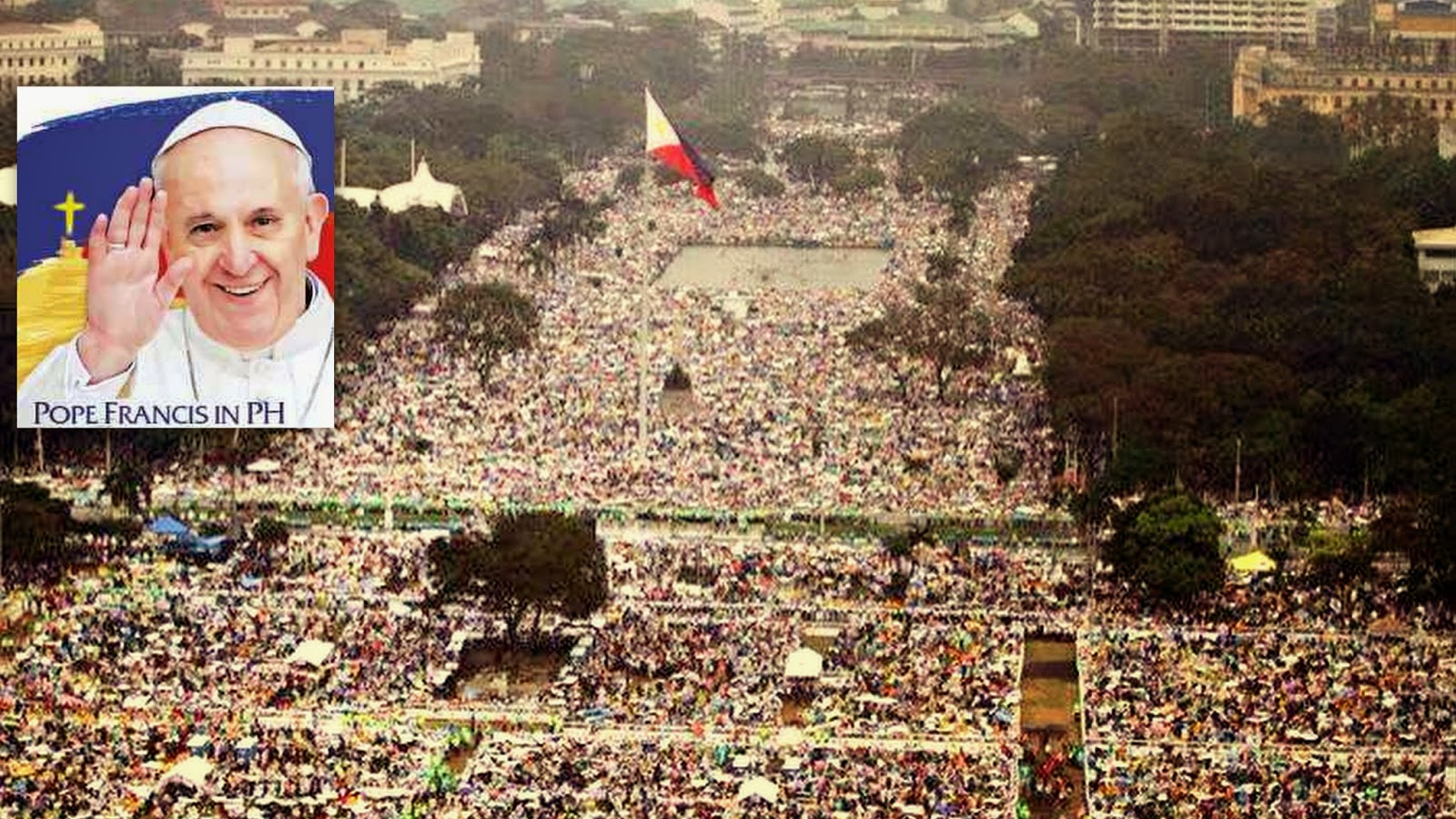 Father Pope Francis celebrated Mass Sunday in Manila’s Luneta Park. Vatican Radio’s English Service, on Jan. 18, 2015. An estimated 6-7 million people attended his closing Mass. “The official number that has been given to us is between six and seven million,” Father Federico Lombardi told said at a press conference in Manila. He said it was "largest event of the history of the Popes." This was larger than the 1995 World Youth Day in Manila with Saint John Paul II, which gathered 4-5 million people. There are 88.9 Million Catholic in the Philippines.  Pope Francis will return to the Vatican on Jan. 19. The Metro Manila Development Authority said were 2.5 million along the route from the Nunciature, before you reach the park. Today was the feast of the Santo Niño, the Holy Child; therefore the Pope explained that we are all children of God. There were choirs and orchestras with over 1,000. Worshippers wore rain ponchos and held up flickering candles in the rain. The Pope himself wore a yellow poncho over his robe as he said the Mass. The crowd chanted, "Papa Francesco, Papa Francesco!" "In these days, throughout my visit, I have listened to you sing the song 'We are all God's children,'" he said. "All of us are God's children, members of God's family."  Tropical storm-force winds and rains did not deter the millions of people. About 25,000 Philippine police were there to maintain security. 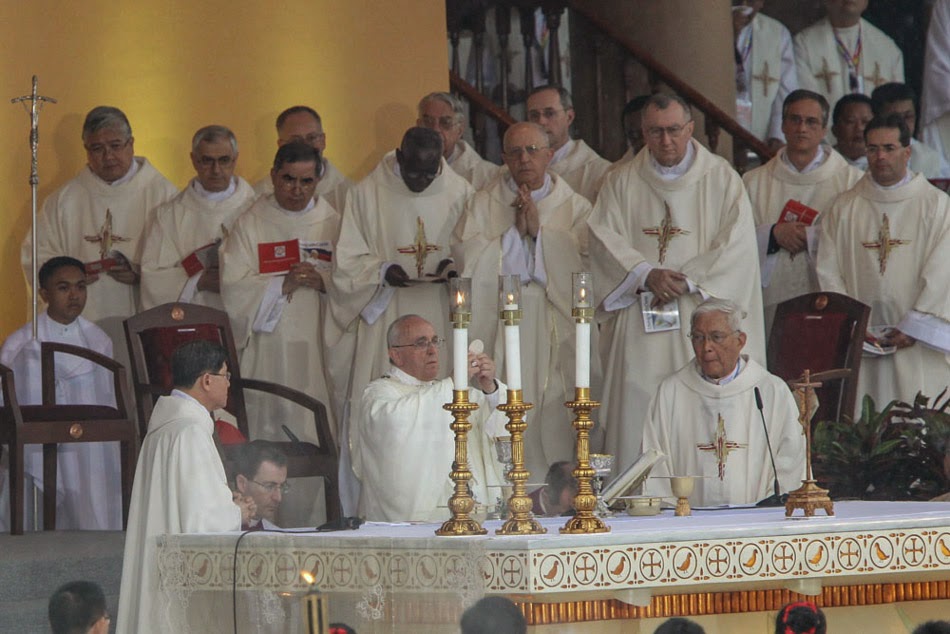