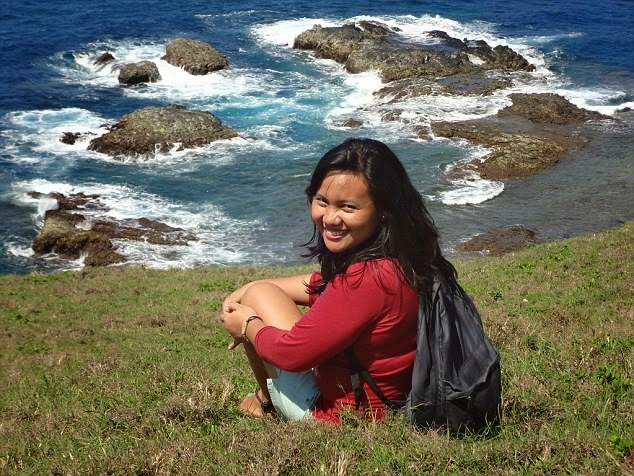 (Vatican Radio) The Director of the Vatican Press Office, Father Federico Lombardi SJ, has confirmed that Pope Francis has been informed of the death of a woman during his Mass earlier today in Leyte, Philippines. 27-year-old Kristel Mae Padasas, died after the collapse of a piece of scaffolding by the stage where the Mass was celebrated. She had worked with the Catholic Relief Service during Typhoon Yolanda. Pope Francis will be sending his condolences to her family. According to the health official, the incident happened after the Mass when the woman and her group passed by the altar where the Pope gave his homily. Because of the strong winds brought about by tropical storm “Amang,” the scaffold fell and hit the woman’s head, fracturing her skull. She was immediately sent to a private hospital but died later on. (Image source Google Images)'
UPDATED 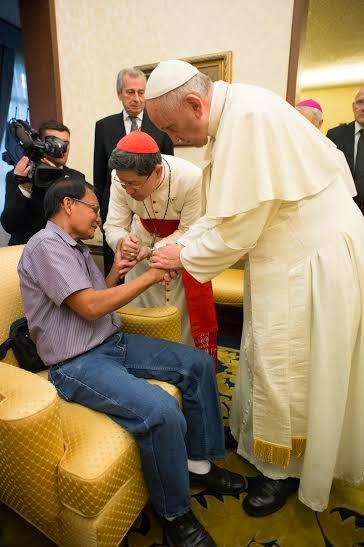 The Pope meets the father of the volunteer who died in Tacloban Vatican City, 18 January 2015 (VIS) – Immediately after his return to the apostolic nunciature yesterday around midday local time, the Pope had a long meeting with the father and cousin of Kristel Padasas, the volunteer who died yesterday in Tacloban following his visit, according to information provided by the director of the Holy See Press Office, Fr. Federico Lombardi S.J. “It was an emotional encounter that lasted over twenty minutes, with Cardinal Luis Antonio G. Tagle as interpreter. The father said that he was shocked but consoled by the knowledge that his daughter had been able to prepare for the people's encounter with the Pope. The Holy Father unsuccessfully attempted to contact the mother in Hong Kong by telephone; she will arrive in Manila tomorrow”.
Posted by Jesus Caritas Est at 9:04 PM

some details are incorrect: the scaffoldings were not on stage, those were the support of the sound system speakers; the incident happened before the mass, even before the arrival of the pope.