Wow Statistics show - Worldwide number of Catholics Grows to 1.4 Billion People - One of the Largest Religions in the Globe! 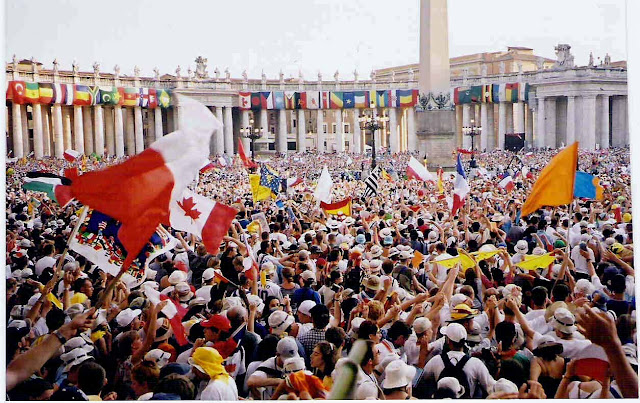 Worldwide number of Catholics grows to 1.4 billion
The Statistical Yearbook of the Church shows that there are more bishops and permanent deacons. The number of priests stable but religious and seminarians in decline. In Asia Catholics are 11% of the population, but vocations are growing The number of Catholics worldwide is growing - there are almost 1.4 billion - the number of bishops is growing -5353 - the number of priests is stable - over 400 thousand - the number of permanent deacons is growing - they are 46.312. Instead there is a drop in the number of religious women - over 52 thousand - the number of religious men - 659 thousand - and vocations - 116,160. These are the most significant data that emerge from the publication of the Annuarium Statisticum Ecclesiae 2016, published together with the Pontifical Yearbook 2018.
The first fact is that the number of baptized Catholics in the world has increased from 1285 million in 2015 to 1299 million in 2016, with an overall increase of 1.1%.
This increase is lower than the average annual increase recorded during the period 2010-2015 (1.5 percent); and the growth is little less than that of the world population, so that the relative presence of baptized Catholics is down by only a few thousand: from 17.73 Catholics per 100 inhabitants in 2015 to 17.67 in the following year. In this context, America remains the continent in which the greatest number of Catholics - it gathers 48.6 percent of the baptized globally - and Africa the fastest growing - the number of Catholics has passed from 185 million in 2010 to over 228 million in 2016, with a relative variation of 23.2%. In Asia there has been moderate growth for the continent home to over 60% of the planet's population. 76 percent of Catholics in Southeast Asia are concentrated in the Philippines (with a number of Catholics equal to 85 million in 2016) and in India (22 million). Over the years between 2010 and 2016, the number of bishops rose by 4.88 percent, from 5104 in 2010 to 5353 in 2016. In the period 2010-2016, the number of priests as a whole increased by 0.7 percent, from 412.236 to 414.969 units. However, when the diocesan and religious priests are analysed separately, it is noted that in the face of a growth of the former (1.55 percent), there is a significant numerical decline (relative decrease of 1.4 percent). In the various continents the dynamics appear to be contrasted. Religious priests, with the exception of a few increasing exceptions such as Africa, the South-East Asian area and Central-continental America, are in general declining. Edited from Asia News IT