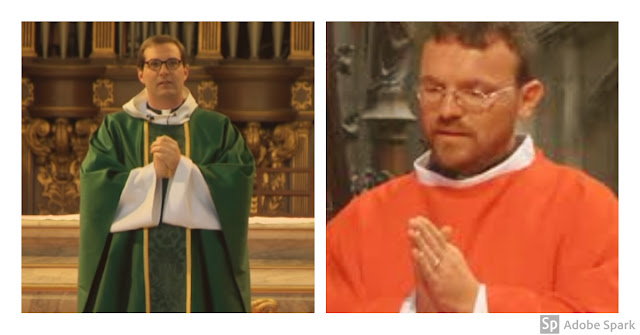 Two Roman Catholic Priests have committed suicide in one month after receiving abuse allegations. Father Pierre-Yves Fumery, 38, died on Saturday,  in his presbytery in Gien, Loiret, France. He was accused of inappropriate behavior towards teenagers. This is the second suicide of a priest in a month in France. The 38-year-old priest was found hanged in his presbytery in Gien, Loiret, when he was under investigation for "suspicion of sexual assault on a minor under the age of 15",  the diocese of Orleans said, this Monday. According to Bishop Blaquart, some parishioners had alerted the diocese having witnessed "inappropriate behavior towards 13- to 14-year-olds", including "physical closeness", "uncomfortable behavior with a young girl whom he has embraced and accompanied several times. by car". None of the gestures mentioned required one to inform police, said the bishop, who asked Father Fumery to "stand back and be accompanied,  and leave Gien for some time."
The second suicide of a priest occurred on September 18.  Another priest, also aged 38, killed himself in his church in Rouen while he was the subject of a report from a woman to the diocese.  According to information from France Bleu Normandie, Jean-Baptiste Sèbe had tried to kiss a young woman. The victim, aged 20 at the time, had told her parents everything but was not aware of her mother approached the diocese. The archbishop had summoned the priest the day before his suicide to explain his accusations. "He confessed to unbecoming conduct towards this girl...". . Asked whether he had seized the judicial authority after having collected the priest's confession, Bishop Lebrun explained, that there was no reporting requirement. (Edited from Figaro.fr)
Please pray for the souls of these 2 priests and for victims of abuse....

The two Videos below are from the Dioceses of both priests as their Bishops' offer a statement to media:

Pray for their soul, evil took over them weak to resist the invasion of Satan.

Yes....we must pray for their souls and for all victims of abuse.
Also....we MUST all pray the most powerful prayer of exorcism that we possess as Catholics....
THE PRAYER TO ST.MICHAEL THE ARCHANGEL
We should pray this every day for protection for ourselves, our Catholic Church and all our Priests, Clergy and Religious brothers and sisters.
AND the Holy Rosary.
We have IMMENSE spiritual weapons....
LETS USE THEM !!!!!