Saint May 3 : St. James the Lesser Apostle - Cousin of Jesus and the Patron of Pharmacists 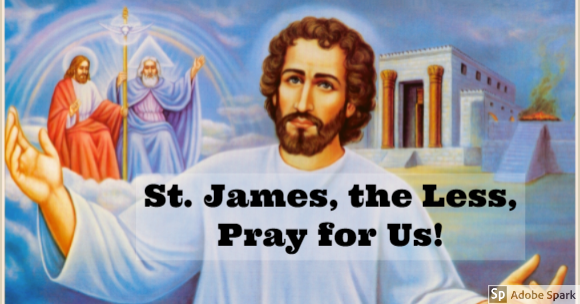 O Glorious St. James, you were our Lord's cousin and at the same time his friend and follower. You wrote that every good and perfect gift comes to us from the Father of lights, and that faith without works is useless. You preached the divinity of Jesus until your death as a martyr. Obtain for us from the Father of lights the great gift of a living faith in Jesus' divinity which will inspire us to unstinting labor in the service of God and our fellow human beings and enable us to reach our heavenly destiny. Amen