WATCH a Free Catholic Movie : "The Keys of the Kingdom" in English - Drama with Actor Gregory Peck 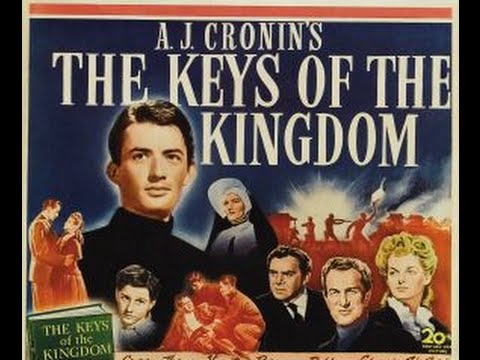 The Keys of the Kingdom (1944) Approved | 2h 17min | Drama | 15 December 1944 (USA) The Keys of the Kingdom Poster A young priest, Father Chisholm is sent to China to establish a Catholic parish among the non-Christian Chinese. While his boyhood friend, also a priest, flourishes in his calling as a priest in a more Christian area of the world, Father Chisholm struggles. He encounters hostility, isolation, disease, poverty and a variety of set backs which humble him, but make him more determined than ever to succeed. Over the course of many years he gains acceptance and a growing congregation among the Chinese, through his quiet determination, understanding and patience. Director: John M. Stahl Writers: Joseph L. Mankiewicz (screenplay), Nunnally Johnson (screenplay) Stars: Gregory Peck, Thomas Mitchell, Vincent Price |