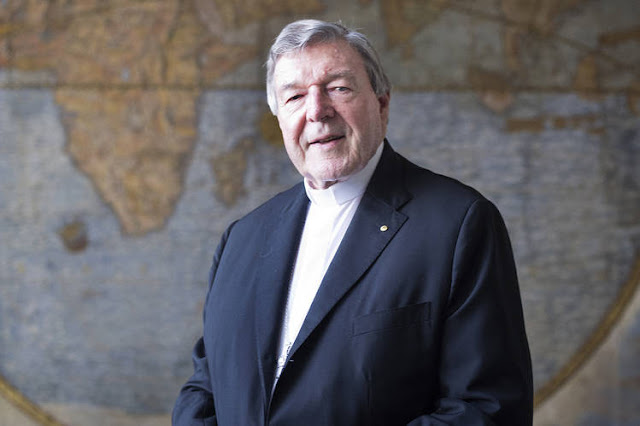 Journalist, Sandro Magister, of Italy claimed on January, 11th that Cardinal George Pell, who died on Jan. 10, had been the author of a controversial memo about the situation at the Vatican. The anonymous memo was issued among cardinals during Lent 2022 and published by Sandro Magister on March 15, 2022. It is highly critical of the Vatican, Pope Francis and the direction of the papacy in general.
Magister introduces the Demo and writes: Since the beginning of Lent the cardinals who will elect the future pope have been passing this memorandum around. Its author, who goes by the name of Demos, “people” in Greek, is unknown, but shows himself a thorough master of the subject. It cannot be ruled out that he himself is a cardinal.

The Demos begins:
Commentators of every school, if for different reasons, with the possible exception of Father Spadaro, SJ, agree that this pontificate is a disaster in many or most respects; a catastrophe.
1. The Successor of St. Peter is the rock on which the Church is built, a major source and cause of worldwide unity. Historically (St. Irenaeus), the Pope and the Church of Rome have a unique role in preserving the apostolic tradition, the rule of faith, in ensuring that the Churches continue to teach what Christ and the apostles taught. Previously it was: “Roma locuta. Causa finita est.” Today it is: “Roma loquitur. Confusio augetur.”

Shortly before he died on Tuesday, Cardinal George Pell wrote an article for The Spectator in which he denounced the Vatican’s plans for its forthcoming ‘Synod on Synodality’ as a ‘toxic nightmare’. The booklet produced by the Synod, to be held in two sessions this year and next year, is ‘one of the most incoherent documents ever sent out from Rome’, says Pell.

Some question whether Pell authored the Demos; this includes Cardinal Pell's friend Fr. Joseph Fessio, SJ, of Ignatius Press. On the program "The World Over" from January 12th Fessio states:

“He’s said enough things publicly that we can understand what his views were on these things. I will take a sed contra on this. George Pell was a loyal son of the Church. He would not publicly criticize the Holy Father, and I doubt that he would put his signature to something, even anonymously, that would be public criticism.”

Sandro Magister studied theology, philosophy, and history at the Theological Faculty of Milan and at the Catholic University of the Sacred Heart. He received a theology degree in 1967.

Magister is a journalist, and writes for the magazine "l'Espresso." He specializes in religious news, in particular on the Catholic Church and the Vatican. He has written two books on the political history of the Italian Church: “La politica vaticana e l’Italia 1943-1978 [Vatican Politics and Italy 1943-1978],” Rome, 1979, and “Chiesa extraparlamentare. Il trionfo del pulpito [Extraparliamentary Church: The Triumph of the Pulpit],” Naples, 2001. In 2008, 2009, and 2010, he oversaw the publication of three volumes with the homilies of Benedict XVI from the corresponding liturgical years, published by Libri Scheiwiller. From 2010 to 2013 he was a consulting producer for TV 2000, the television channel of the Italian episcopal conference.