Pope Francis celebrates with Jesuits for Feast of St. Ignatius 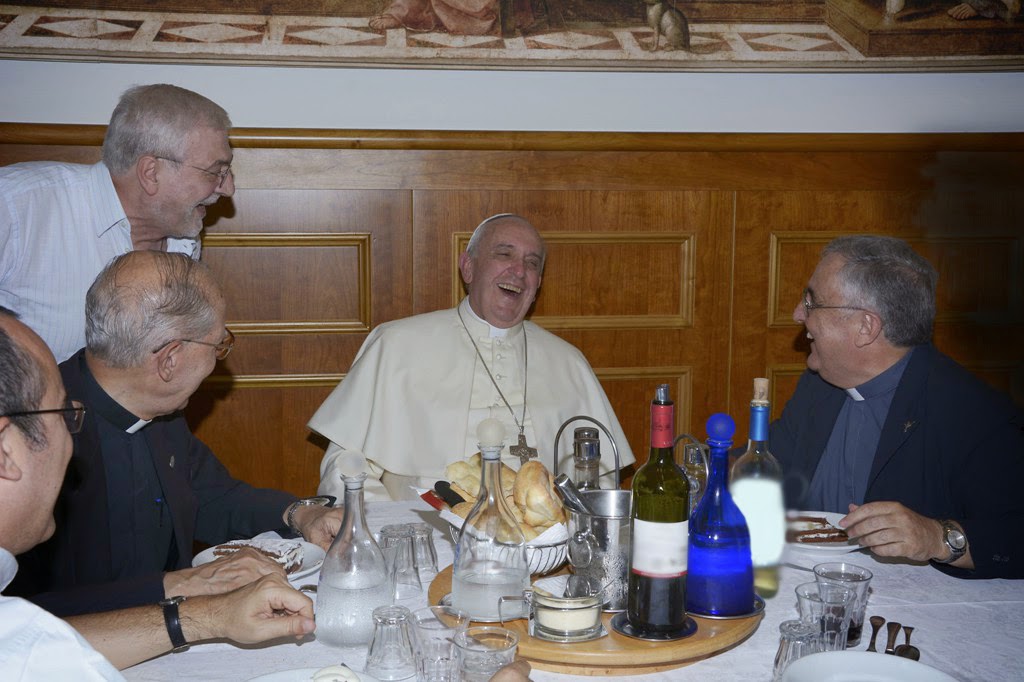 (Vatican Radio) Pope Francis celebrated the Feast of Saint Ignatius on Thursday by making a surprise visit for dinner at the Jesuit General Curia, which is located on the Borgo Santa Spirito just outside of Vatican City.
Pope Francis arrived in his Ford Focus, and greeted several passers-by outside the front door of the offices of the Jesuit Curia before going inside. According to a statement issued by the Jesuits, the visit was wholly private, and quite simple. The Pope joined the community for the meal in the refectory, then in the recreation room for coffee, for friendly conversation, and to greet each person personally. The statement also said the seven brothers and sisters of Father Paolo Dall’Oglio, the Jesuit kidnapped in Syria one year ago, were guests at the meal.
Pope Francis consoled them with words of comfort. Also at the meal were a group of Jesuit scholastics belonging to EJIF (European Jesuits in Formation). They are in Rome for a few weeks for their annual gathering at the Jesuit General Curia. Photos published on the Jesuit’s website show Pope Francis touring the facility, and praying in the chapel. After the meal, Pope Francis left through the Curia’s back-garden. Last year, Pope Francis marked the feast of St. Ignatius by celebrating Mass with the Jesuits at the Church of the Gesù, the mother church of the order.