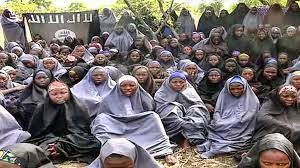 Boko Haram has kidnapped over 185 women and children, and killed 32 people in northeastern Nigeria on Sunday Dec. 14, 2014. They were taken in trucks after their village of Gumsuri was attacked with bombs and burnt. An official explained "They gathered the women and children and took them away in trucks after burning most of the village with petrol bombs," Communications towers were disabled in earlier attacks. Boko Haram began its terrorism in Nigeria, Africa in 2009. In April, Boko Haram kidnapped over 200 schoolgirls, they have said they were sold into slavery. US government research indicates that over 5,000 people have died due to Boko Haram.

PLEASE PRAY FOR AN END TO THIS VIOLENCE - Jesus Mercy!
Posted by Jesus Caritas Est at 9:46 AM