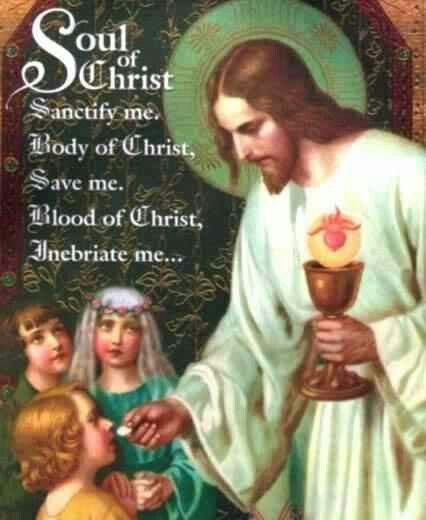 Monday of the Twenty-ninth Week in Ordinary Time
Lectionary: 473

Brothers and sisters:
Abraham did not doubt God's promise in unbelief;
rather, he was empowered by faith and gave glory to God
and was fully convinced that what God had promised
he was also able to do.
That is why it was credited to him as righteousness.
But it was not for him alone that it was written
that it was credited to him;
it was also for us, to whom it will be credited,
who believe in the one who raised Jesus our Lord from the dead,
who was handed over for our transgressions
and was raised for our justification.

Someone in the crowd said to Jesus,
"Teacher, tell my brother to share the inheritance with me."
He replied to him,
"Friend, who appointed me as your judge and arbitrator?"
Then he said to the crowd,
"Take care to guard against all greed,
for though one may be rich,
one's life does not consist of possessions."

Then he told them a parable.
"There was a rich man whose land produced a bountiful harvest.
He asked himself, 'What shall I do,
for I do not have space to store my harvest?'
And he said, 'This is what I shall do:
I shall tear down my barns and build larger ones.
There I shall store all my grain and other goods
and I shall say to myself, "Now as for you,
you have so many good things stored up for many years,
rest, eat, drink, be merry!"'
But God said to him,
'You fool, this night your life will be demanded of you;
and the things you have prepared, to whom will they belong?'
Thus will it be for the one who stores up treasure for himself
but is not rich in what matters to God."
Posted by Jesus Caritas Est at 2:03 PM