FULL TEXT Flight Interview with Pope Francis "I will not say a single word" on Allegations by Mons. - with Video 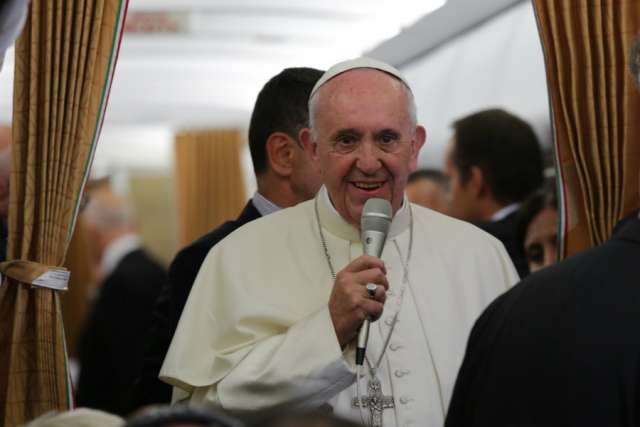 APOSTOLIC VISIT OF HIS HOLINESS POPE FRANCIS
TO IRELAND ON THE OCCASION OF THE IX WORLD MEETING OF FAMILIES
[25-26 AUGUST 2018]
PRESS CONFERENCE ON THE RETURN FLIGHT FROM DUBLIN TO ROME
Papal flight
Sunday, 26 August 2018
[Multimedia] - Original Text Replaced by Vatican Official Translation on 08/30/18


Thank you.  Have a good dinner and a good rest.

P
Posted by Jesus Caritas Est at 9:59 AM