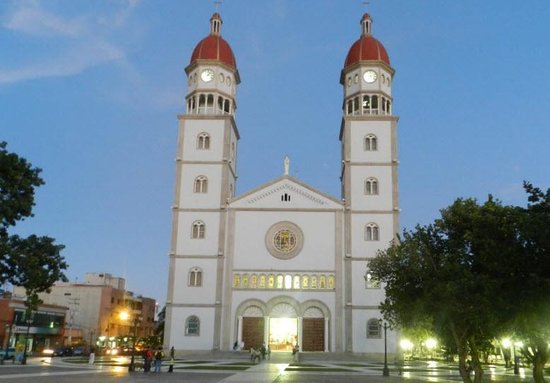 Caracas (Agenzia Fides) -
In Maturin, about 700 people are still locked inside the Nuestra Señora del Carmen Cathedral, for fear of violent actions against the demonstrators. Maturín is a city in the eastern part of Venezuela, capital of the state of Monagas, considered the oil capital of eastern Venezuela. Precisely in that area, the National Guard and the police have launched a harsh repression.
This is what the Episcopal Conference of Venezuela reports to Agenzia Fides, and has sent written testimonies, audio and video, of the violence that broke out in the country. 14 people have died, according to an initial assessment of the harsh repression which took place yesterday during a massive popular demonstration in many cities of Venezuela, culminating with the proclamation of Juan Guaidó as the new head of State, in opposition to President Maduro. The Inter-American Commission on Human Rights (CIDH) has activated its Emergency Commission to monitor complaints of human rights violations.
Due to the clashes, explosions and a brutal repression, the citizens of the popular areas locked themselves up in their homes in terror", said the municipal councilor of Caracas, Rogelio Diaz. On social media, images and videos of the demonstrations have multiplied, squares in Caracas and other Venezuelan cities such as Barquisimeto, Maracaibo, Barinas and San Cristóbal are full of people. In Petare, one of the largest favelas on the continent, people with bandanas who were trying to close the city's entrance routes were dispersed by the National Guard, who used bullets and tear gas. If President Maduro does not seem to have support among the population and in the popular neighborhoods, at an international level the United States has legitimized Guaidò, followed by Canada, Argentina, Brazil, Peru, Ecuador, Costa Rica, Paraguay and Mexico. (CE) (FULL TEXT Source: Agenzia Fides, 24/01/2019 )
Posted by Jesus Caritas Est at 10:40 AM